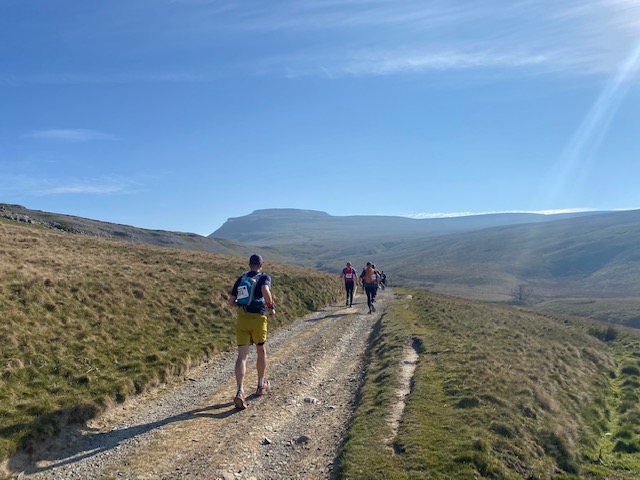 The Fellsman, they say, is a classic. Much in the same way, I suspect, as being hung, drawn and quartered is a ‘classic’ way to die. This race was only partially known to me when, over the Christmas break of 2021, I started to look for ultra runs to do in 2022 after my first attempt at an ultra during the HUT50 see here for more information. The Fellsman stood out when I searched – because, well, I wanted to be a fellsman, how cool does that sound (granted it is does have a rather outdated name).

The Fellsman is a 61 miler with 11,000ft of ascent. It is organised by the Keighley Scout Service Network. The event starts in Ingleton village and takes you on a tour of Yorkshire Dales all the way to Thresfield near Grassington. The course is on very hard, rugged moorland which is mostly privately owned and released to the organisers for the weekend of the race only. Again, this was another reason to be interested – running on paths you’re not usually allowed on? Yes please.

I’d been watching the weather forecast all week and the probability of rain fluctuated wildly. As the Saturday drew closer it was clear that the rain was inevitable the only question was when it would come. However, in the morning of the Fellsman the sky was a glorious blue. I’d stayed over in Ingleton the night before, most of the entrants had camped in Thresfield in tents or in campervans and been bussed to the start to arrive between 7am-730am ready for a 8.30am start. I on the other hand, had only a gentle 5 minute walk to the start.

The required kit is extensive (e.g. 5 long sleeved tops, 2 pairs of trousers, full waterproofs, 300g of rations, bivvy, survival poncho and much much more) and the kit check is strict. After this you receive your checkpoint disc, get your GPS tracker fitted (new for 2022 dot watchers) and receive your checkpoint wrist tracking device.  With the exception of food and drink on the way the event is unsupported so you have to carry everything you need or face disqualification. Indeed, at most of the checkpoints you don’t even get any help to point you in the right direction.

At the start, after a short wait, I was joined by the remaining entrants. There were 315 people enter this year – a significantly lower number compared to other years where there have been around 500 per year. Of these however, only 204 started – amongst them Damian Hall.

We set off promptly at 830am. I did hear people lamenting the small number of starters and the lack of ‘buzz’ – however, I was fairly on edge so this didn’t really feature for me. The race starts in the cricket field and takes you straight up Ingleborough to CP1 and heads on towards Whernside for CP3. Up to this point, because it takes in two of the three Yorkshire peaks, the route is simple. It was also busy. It was a bank holiday weekend and the Three Peaks Race was also held at the same time although most if not all of us managed to get through before we met the three-peak racers.

Because much of the course takes place over private land the route is not well-defined and from CP3 the route gets very quiet and the terrain much more challenging. Navigational skills (of which I possess frighteningly few) become a necessity and essential as the day rolls on.

The route loops down to Gragareth, which I found the hardest ascent of the day only managing what felt like a slipper shuffle to the top, the route then moves on the top to Great Coum and down to Dent for a food stop. Out of the 24 CPs nine were well stocked with food – these were fairly rudimentary supplies – but very welcome and much needed. The next stage was a long one to Blea Moor, the weather was holding up well. The weather the week before had been very dry so a few of us read the land a little, changed plans and cut the corner to head directly up to the summit through land that would almost certainly had been sodden in other years. I’d not had a fantastic first 20 miles but nearing the top I started to get into some sort of flow and the next 20 miles came a lot easier.

The day though, as expected, did start to turn and spots of rain came on my way up to Great Knoutberry and the wind picked up. Things were starting to get serious and my focus became trying to get as many miles behind me before the night fell. Others were similarly focussed and whilst everyone was in excellent spirits CPs were functional places to check in and move on from.

I wanted to try and get across Middle Tongue before dark as I was warned that it was the hardest traverse of the route. I didn’t make it. Night fell on my way up to Yockenthwaite. Headtorch went on and visibility was massively reduced. The challenges to moving we had faced all day brought about by tussocks and peat bogs, which covered the vast majority of the route, were now amplified. Running became the exception not the norm. On the way up to Yockenthwaite I’d managed to group with three others one of which was a Fellsman vet (Gary Findlay) to whom I owe a great deal for his navigational experience. On the way across Middle Tongue the rain came harder, the wind was colder and the fog descended and didn’t leave.

I was absolutely freezing when I arrived at CP18 at Cray. I changed my base-layer, put my down jacket on, changed my gloves and hat and filled up with as much soup and stew as I could. This was 10:27pm, a total of 14 hours into the race. Before setting off that morning I’d foolishly thought I’d have a shot of being back by midnight. Whilst I was cold I felt strong and at Cray I knew I would finish the event, pending an incident, but the route, the terrain and the conditions made me re-evaluate what success was going to look like. Getting to the finish and not over-running or over-climbing became the goal.

Whilst the route from Cray back to Thresfield is supposed to be relatively straightforward the fog made everything so much harder. Visibility got increasingly worse. At times we could see no more than 4ft in front of ourselves. Even my new friend Gary who could get up to a gate or a stile within a foot – with a speedily taken compass bearing – got disorientated a couple of times.

We found the ascent to Buckden Pike exhausting and we had eyes on a recharge at CP21. This was a slower turnaround. We heard there had been a lot of retirees since nightfall and as I entered the tent someone else had just retired due to the onset of hypothermia. I started feeling sorry for everyone who had put themselves through so much only to decide they couldn’t continue so late in the day. Leaving CP21 at 1:12am we just had the final ascent of Great Whernside left. This was a relatively easy climb but the hard part was the trudge towards the CP at the summit. After this it was, supposed to be, a straightforward descent to Thresfield. However, this proved to be one of the hardest parts of the whole race. We found ourselves lost in a large peat bog which I think was at Langcliffe Pot but now who knows… Eventually we found our way out. Still with the same crew we took a line and moved at a quick march towards Thresfield.

At Yarnbury, the final CP, we saw Sunday’s light. We started to pick out features in the fields. We were near, 3 miles away. We started marching and trotting to the finish. A slow shuffle to get us to the end. Two of my crew were suffering with knee injuries and we resolved to finish together. Having not seen another runner for hours we were suddenly joined by four people who came down the hill with us. We saw houses, cars and people walking their dogs. This sudden change provided its own disorientation. We crossed the line at 5:19.52am, 20hrs and 49mins in total. I had clocked a total of 62.5 miles and 12,000 ft of climb. The joint winners were Damian Hall and Oli Johnson who finished in 11hrs 23mins!

This was an experience, the next day/that day I felt like my legs had been crushed by a car. My cousin who has done the race 7 times, finishing only twice said, when I spoke to him the day before the race, that the best advice he could give me was that I’d run it better the second time, I fear he might be right.

The organisation of the event was brilliant. Like many face it was its first outing since 2019. The volunteers were amazing, I felt looked after but not coddled. Without the high spirits, humour and efficiency of the marshals and helpers it would have been a very different experience. I would highly recommend this event to anyone wanting a no frills, very real experience of a long-distance traverse. 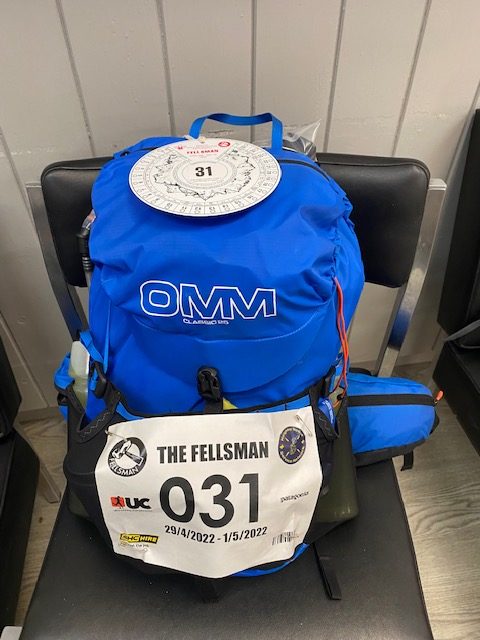 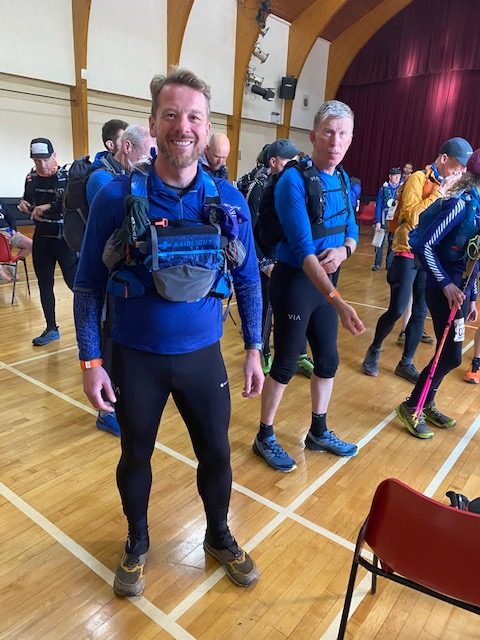 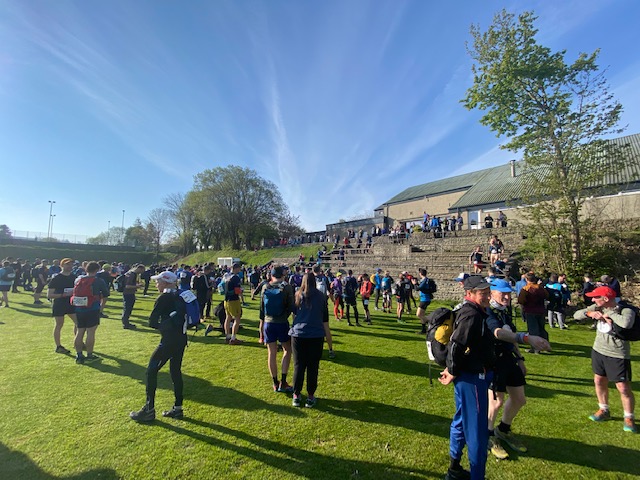 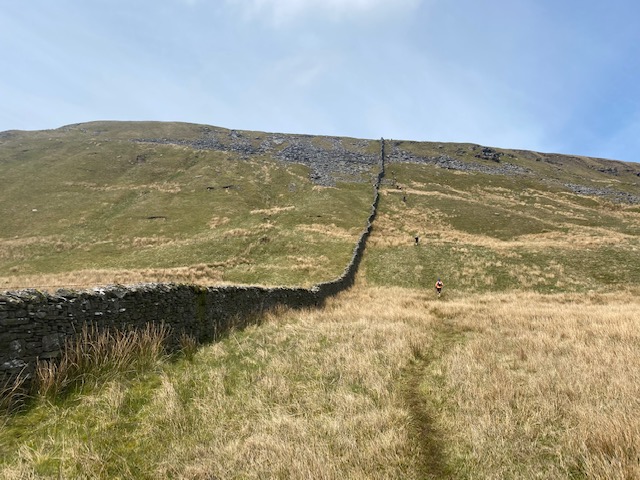 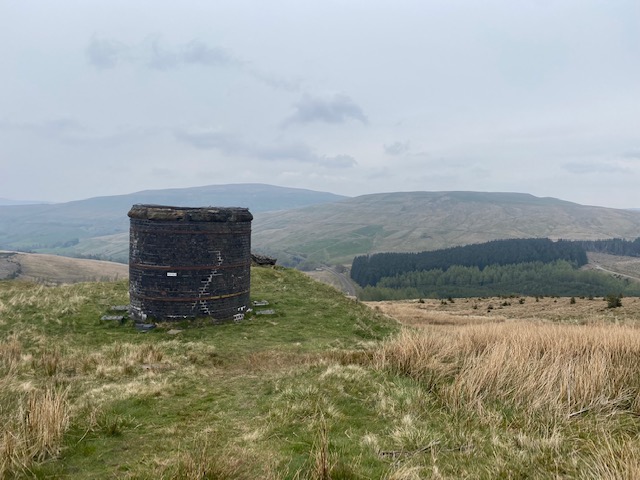 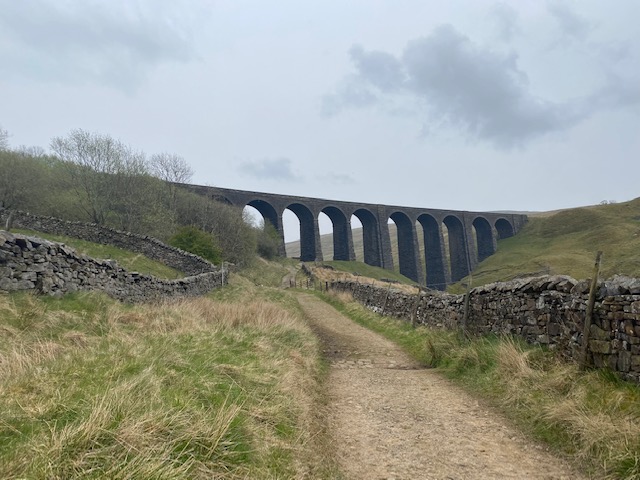 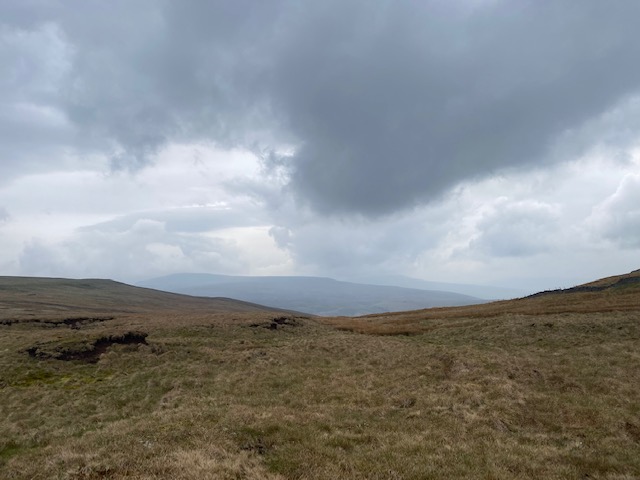 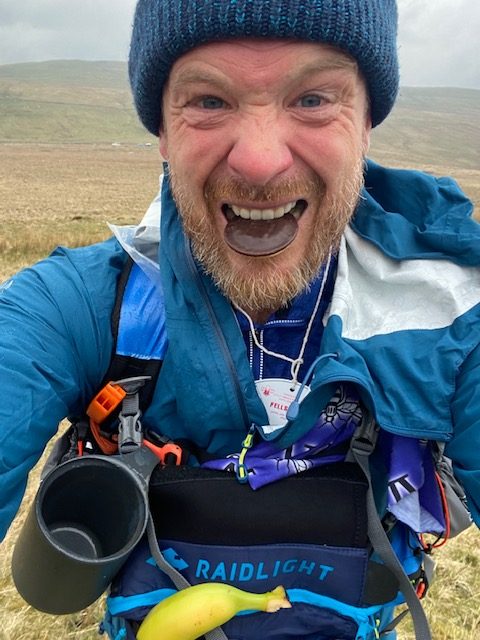 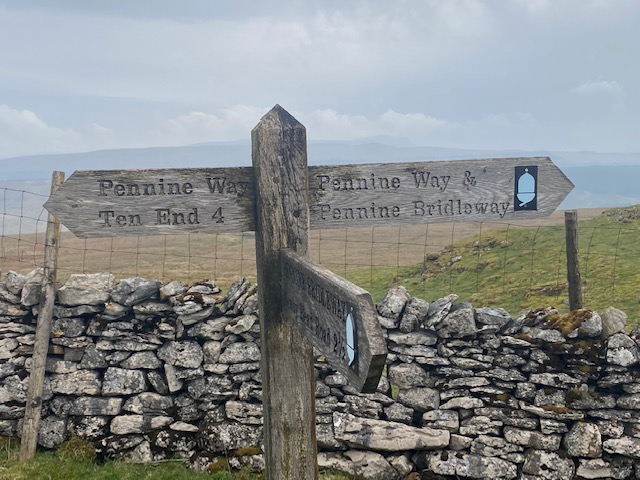 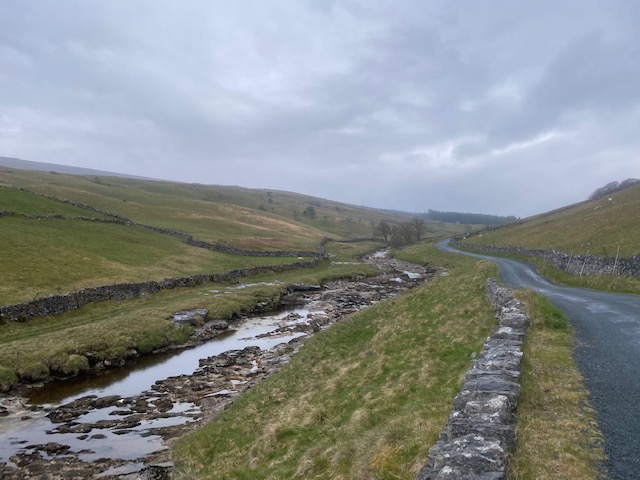 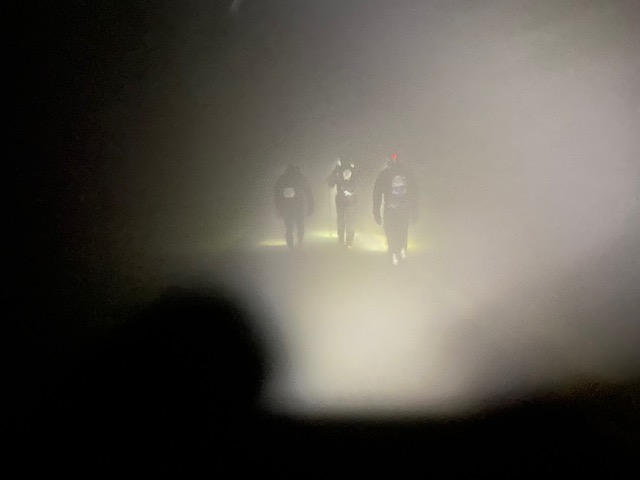