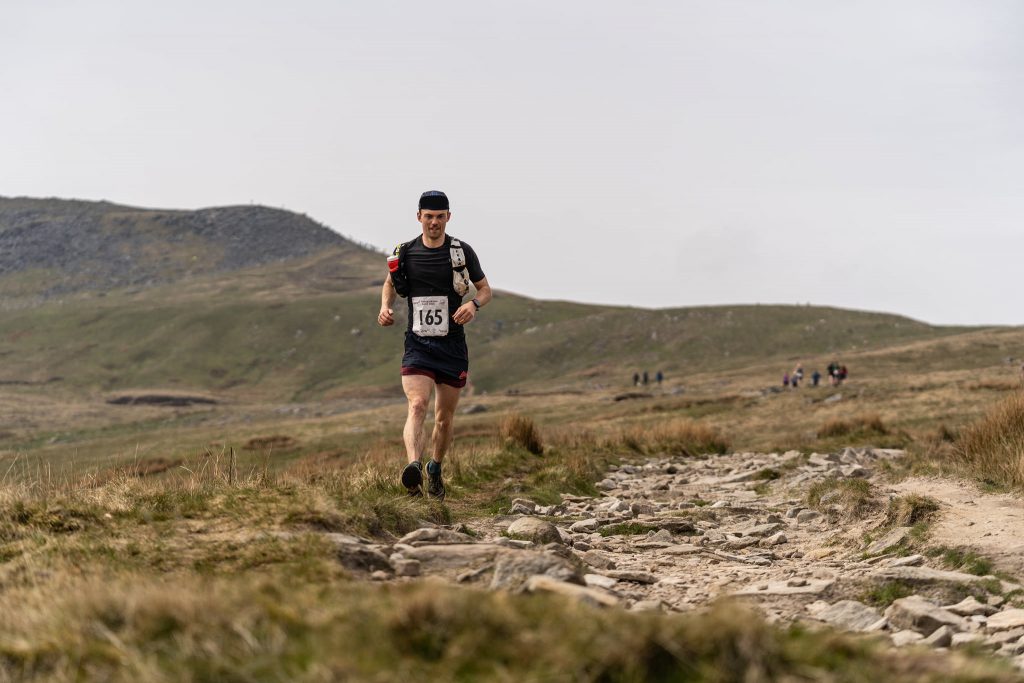 Hi, everyone – here’s the latest Fell update for you to have a look at if your Bank Holiday weekend is dragging a little…!

With barely any rain in the month, the trails & hills were very dry, so if you were racing or just training, there were some good conditions out there.

The juniors just had the first of this year’s English Junior Champs races, which was over at Black Combe on Sunday 24th April. Unfortunately, with it being such a trek across to the south-western Lakes, we only had Izzy Richardson taking part. But what a performance she turned in, finishing 11th overall & 2nd FU19 – what a start to the season!

For the seniors, we originally had 3 races to contend with, but unfortunately, the organiser of the Hartcliff Hill race had to cancel, as he couldn’t get the necessary permissions from Yorkshire Water to use the car-park & the barn at Langsett – let’s hope this race doesn’t go the way of the Mickleden Straddle, which also had issues with Yorkshire Water. So first up was the 5 Trigs race on Saturday 2nd April, where injuries to some of those who had pre-entered & clashes with other races meant we had 2 intrepid Harriers head over to Saddleworth for the 18 mile, 3000 foot BL race. In his first long race, Phil Hinchcliffe had an absolute storming run, finishing 2nd overall in 2.24.29, beating his twin brother (running for Rochdale) in the process! Adam Sunderland also had a great run, finishing 34th overall in a field of 121 starters.

The month was then rounded off by the first of the English Senior Champs races, the Guisborough 3 Tops on Saturday 30th April. On a busy day for fell racing, the event was competing with the 3 Peaks & the Coniston races, which will have caused a few problematic decisions for many runners! We had 3 Harriers taking part & all acquitted themselves well on another warm day. First back was Tim Brook, who was 67th overall & 7th V40 in 1.23.33 which was a great effort on the 10 mile, 2600 foot course. Curtis Firth was not too far behind, finishing 114th in 1.30.34, whilst Keith Baird was 218th & 24th V50 in 1.47.54, so should be very pleased at picking up some English Champs points!

In terms of the Holmfirth Champs, we have a clear leader after 5 races, with Tim Brook setting the standard, having completed 4 races & picked up maximum points at every one, so is currently on 100 points! In second place, having also completed 4 races, we have Keith Baird on 75 points, whilst Curtis Firth is in 3rd on 69 points. For the Ladies, only Debbie Hall has completed more than 1 race, so currently leads on 47 points. But it’s early days, so plenty of time for a change or two yet!

Elsewhere, there’s been a few of you out & about, including Katie Walshaw & Keith Baird at Pendle (where Katie was 4th lady), Curtis Firth at the Kielder 80k Ultra, Jean Shotter at the Manx Mountain Half Marathon (picking up the 1st FV60 prize), Keith Baird again at Herod Farm (busy month!), Katie winning the Ladies race at Wirksworth Incline, Curtis Firth & John Saeki at the Burnsall Trail Half Marathon, Tim Street at the 3 Peaks & Phil Martin at The Cake Race & then a few more of you racing to beat the crush at the gate at the 2nd Trunce, including Declan Levay (1st Junior Male), Tim Street, Tim Brook, Kath Farquhar (1st FV50), Keith Baird (again!), Barbara Hinchliffe (2nd FV60) & Richard Whale. And last but not least, Phil Brown took on & completed the beast that is The Fellsman – 60 miles over most of the big hills in the Western Dales – top effort! When he’s recovered, I’m sure he’ll be sending in a report! And if I’ve missed any, please let me know – we want to recognise everyone that gets out & races for the club! 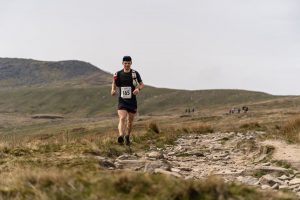 In terms of the champs in May, the seniors are well-occupied, with the Calderdale Way on Sunday 15th & the Lower Borrowdale Skyline on Saturday 21st, whilst the juniors have a very busy month, with 3 English Champs races to take part in – Todd Crag on the 7th, Whernside on the 15th & Guisborough Woods on the 22nd.

Locally, there are a couple of races to have a look at, with Coiners on Monday 2nd (for seniors & juniors), the 3rd Trunce on Monday 9th, Blackstone Edge on Wednesday 18th, Lantern Pike Dash on Sunday 22nd & the 4th Trunce on Monday 30th.

And don’t forget, for those of you running the Calderdale Way Relay, you’ll have received another email earlier in the week – please make sure you read it & then reply to me with your emergency contact details & confirming you’ve read the Organiser’s Disclaimer!! I’ll be chasing you again at the end of the week if you don’t, as I need it for the entry forms.