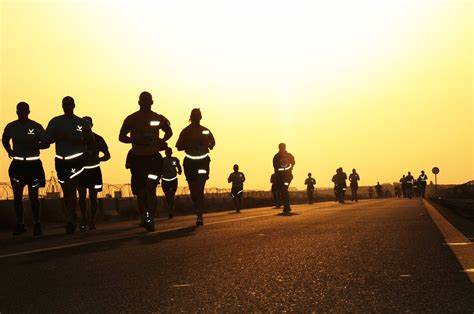 Just another quick update regarding what’s been happening and what’s coming up on the road.

As the Burnsall 10 was not staged this year, there was no championship race for August meaning that there is no change in the overall standings.

In the Men’s Championship, Anthony Waring (99 points) still leads way but has taken part in one more race than his nearest competitors. With four races left to count, seven people can potentially still win overall.

Amy Smith (110 points) is still sitting at the top of the Women’s Championship but has taken part in one more race than Nicky Ottaway (86 points) who sits in second and is the only person that can potentially accumulate enough points to snatch the title away from Amy.

As well as leading the Men’s Championship, Anthony Waring (103 points) also leads the Age-Graded Championship but again has the advantage of taking part in one more race than most other competitors. Adam Sunderland (82 points) and Kevin Dessoy (78 points) have both been consistently scoring well in this competition and are not far behind, hence the race for top spot could go right down to the wire.

Given that the Burnsall 10 has been removed from the Road Championship, I have instead added the Tadcaster 10 which takes place on Sunday 20th November.

It’s been a very quiet few weeks on the road as far as racing is concerned; I suspect a combination of holidays and the very warm weather has contributed to this, and when people have been racing most of them seem to have been going on trails or the fells.

Despite this, four Harriers made it across to the East Riding to race in the Gilberdyke 10 on Sunday 28th August. It’s a flat and open route which was made even more difficult by the warm conditions; well done to the following for taking part:

Registration is open for the Holmfirth 10k, which is taking place on Sunday 16th October. Given that it’s a new route and we haven’t hosted a road race for a few years, I’m very conscious that we may struggle a little on numbers this year. I’d therefore really appreciate the support of the club’s membership to help give the numbers a boost.  At the time of writing 41 runners have signed up, but only five of these are Harriers. If you could mention the race to members within your group it would be appreciated. Plenty of volunteers are also needed, so if you can spare some time to marshal then please let me know.

Full details including information on how to sign up can be found here: [Holmfirth 10k]

The Autumn Northern Road Relays are taking place this year at Sportcity, Manchester, on Sunday 25th September. This is a fantastic team event where men compete in teams of 6 and women in teams of 4, with all runners completing a 6.4km course around the Sportcity complex which features the Etihad Stadium and the athletics arena which was used for warm-ups in the Commonwealth Games. The relays attract a real variety of runners of all ages and abilities, and entry fees are paid for by the club.

Next up in the Road Championship is the Major Stone Half Marathon which takes place on Sunday 4th September. This is a fast, relatively flat race which also features on this year’s YVAA Championship. Eight Harriers have signed up to date, with entries closing this evening (30th August).

Places are still available should anyone wish to sign-up: [Major Stone Half Marathon]

In terms of other local races, the Shepley 10k is taking place on Sunday 11th September and a handful of Harriers have already signed up for what is a hilly race featuring a fast start and finish.

Anyone wishing to register can do so here: [Shepley 10k]

Anyone not taking part in the Northern Road Relays may wish to have a go at the Spen Greenway 10k which is also being held on Sunday 25th September. This features a fast out-and-back route along a tarmacked disused railway line, meaning it’s a traffic-free course that has the potential to offer plenty of PBs.

There are lots of places left if anyone wants to sign up: [Spen Greenway 10k]