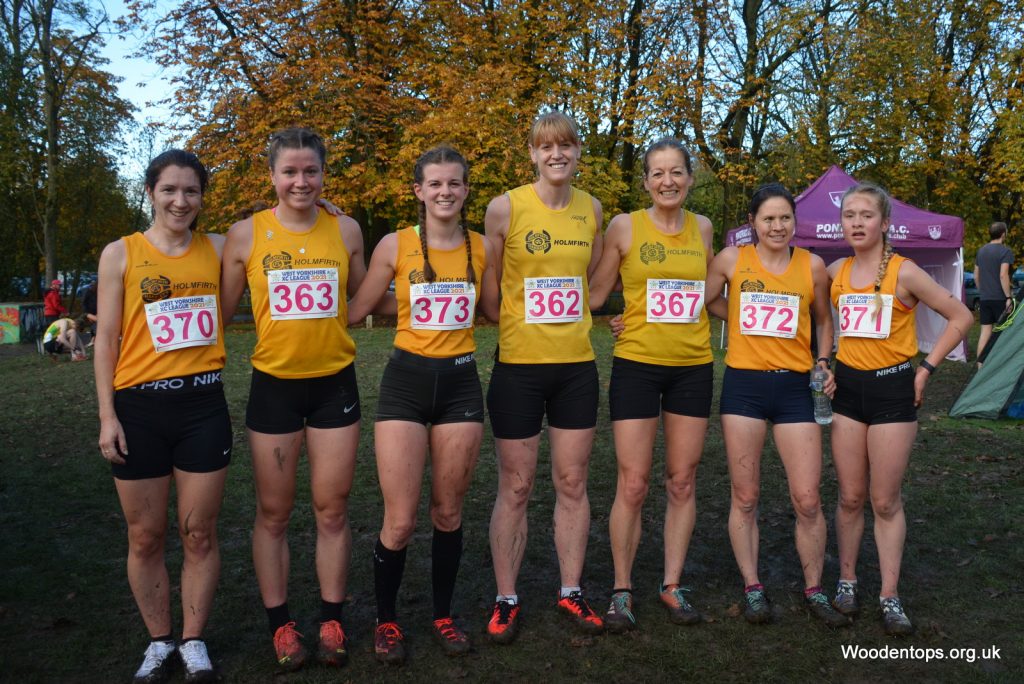 The rain threatened to put an end to the second West Yorkshire Cross Country League race before it began, but held off long enough to allow some great junior performances at Nunroyd Park last Sunday 31st October.

First to check out the muddy course were the U11 boys, with Bobby Morris backing up his top ten finish at race one with an 8th place finish here. With three team mates, Isaac Morris, Ewan Plumb and Alexander Dalton, finishing close together, the team claimed an impressive third place behind Keighley & Craven and Halifax. 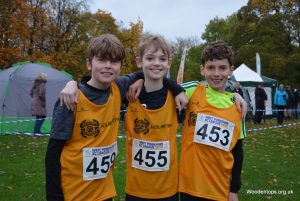 Next up, the U11 girls went one better than the boys with a second place team finish behind Bingley. Standout performance here was Annabelle McFarlane, finishing 8th, with Saskia Wright (19th), followed by Jessica Hill, Lily Mae Hamilton, and Ruby Baxter, all making the best of difficult running conditions and a return to racing from Covid 19.

With 59 competitors, the U13 girls race was the busiest junior race of the day. Florence Jones was the only Harrier in the race and did really well to finish around the middle of the field, Alex Burke was the fastest U13 boy, with an excellent 4th place, and with Harvey Baxter, Joey McLaughlan, and Ollie Joyce, the boys team finished 5th overall. 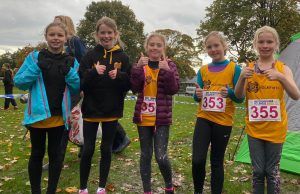 With Sophie Mayes running well for the U15 girls despite an unfortunate loss of shoe during the race, Jack Sunderland was next up for the club, finishing in a very good 18th place in the U15 boys race.

Outstanding junior performance of the day goes to Annie McLean who finished in a fantastic 3rd place in the U17 women’s race, just 10 seconds behind winner Tabitha Ford (Kingston upon Hull). Isabel Richardson was the other Harrier in the race, finishing in 7th place. There were no club representatives in the U17 men’s race. 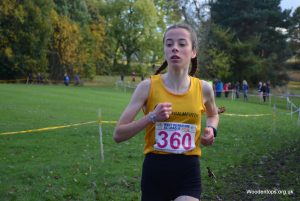 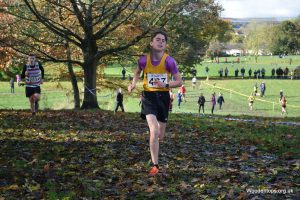 In the men’s race the youth of the club was absent but Lewis Byram flew the flag at the front of the race and finished an excellent 5th place (32:53), just 21 seconds behind the winner.  Next home was Damian McQueen in 71st (39:35) and a close battle further back and a sprint finish left David Williams, Adam Sunderland and Chris Beadle in 109th, 110th and 111th respectively with just six seconds between them.  V70 Rob Kersey completed the team (6 to count) in 138th and 2nd in the V70 category. Jason Haigh was close behind in 142nd. 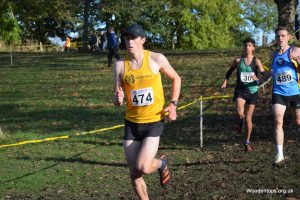 The teams will be racing again at the English National Cross Country Relays in Mansfield on 6th November.