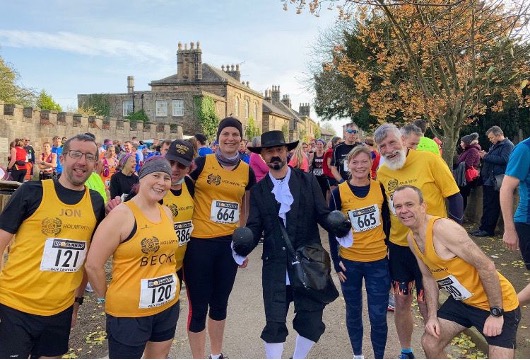 On Sunday 7th November, eight Harriers ventured north to Ripley nr Harrogate to take part in the Guy Fawkes 10 miler, a race arranged by Nidd Valley Road Runners.  The weather was on our side being dry and sunny, albeit with a moderate breeze from the west.  The morning was very well attended with a total of 739 runners, the majority of which were club affiliated.

Even before arrival at Ripley it was clear that this was going to be a well organised event from the parking, through to number collection (with in-built chip timers) and arrangements at the starting line with pacemakers meaning the faster runners were better placed closer to the front. This continued on-route with enthusiastic marshalling providing on going encouragement whilst ensuring no wrong turns could be taken.

The race starts and finishes in the attractive grounds of Ripley Castle and with Guy Fawkes greeting runners at both the start and finish.  Well, a close approximation to him anyway.  I didn’t see him on the route though… 😊.

The route itself is scenic travelling along country lanes, yet somewhat challenging with 4 hills and very little flat.  It comprised either well surfaced bridleways or roads thus avoiding any mud underfoot. 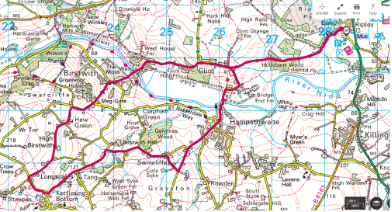 The hills (with a total assent of 360m) were made more ominous by the names provided at their base including Holly Bank Hell, Birstwith Brute, Swincliffe Swine and For Fawkes Sake.   Whilst these signs were I suspect purely intended to muster smiles, I’m not sure they fulfilled that objective for all!  The downhill parts were very much a welcome relief following each climb.

Bob and Jon had a close fight for second Harrier Place.  They ran the first 5km together but lost sight of Damo after ½ mile. Jon then pushed ahead on the big Hill, however the battle continued throughout as Bob (who is so fast downhill) kept gaining more on the downhills than Jon did on the up.  Bob eventually beat Jon by a minute.  In the words of Jon ‘It just goes to show we need to train for downhill running as much as we do uphill running…..(well some of us – he’s a natural!)’

The well lined road of cheering supporters up to the finish line, followed by the goodie bag was a lovely end to the race.  The bag contained plenty of chocolate and sweets and water of course.  We were also given a long sleeve event t-shirt, a useful souvenir particularly given the approaching colder months. 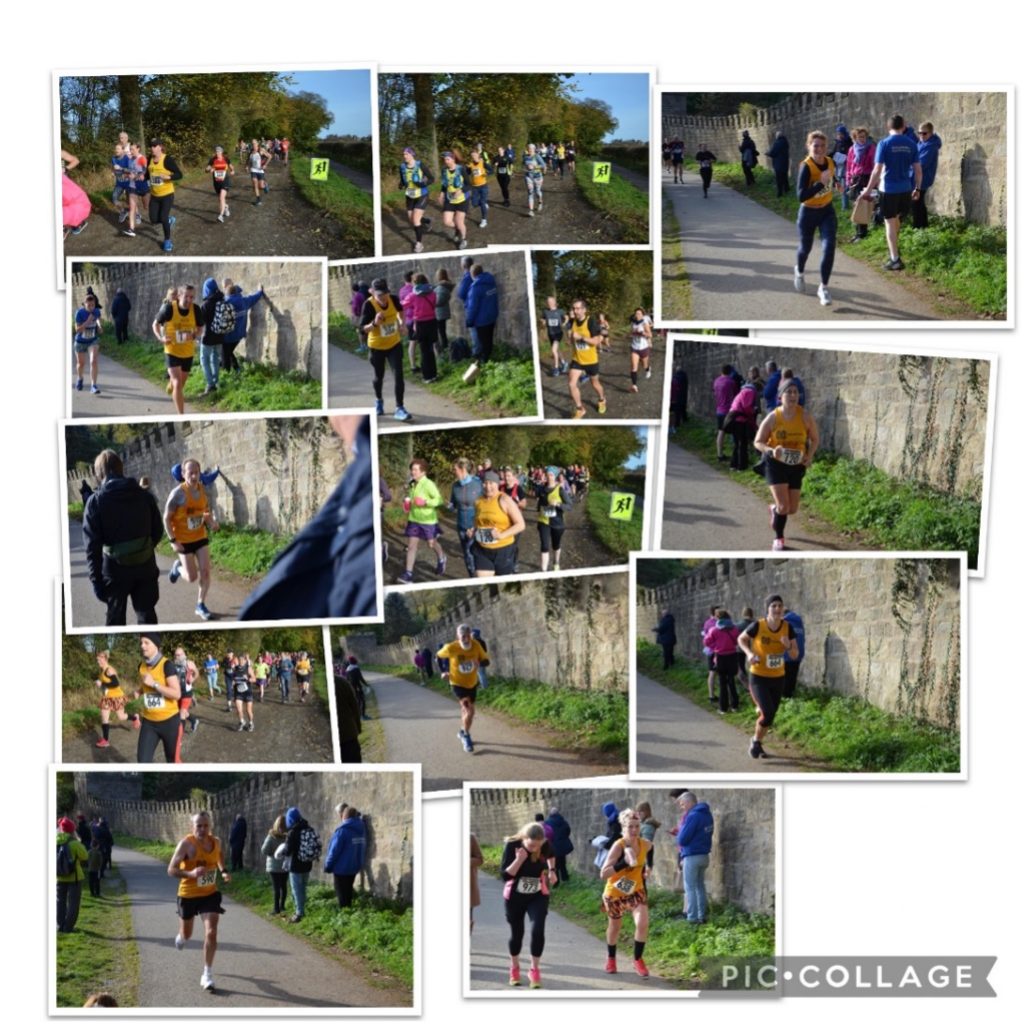 Interestingly both the men’s and women’s course records were broken with Cal Mills completing in 055:27 and Helen Cross in 01:02:54 – Simply Amazing!

I believe we all enjoyed the race and I personally will be signing up again in the future.