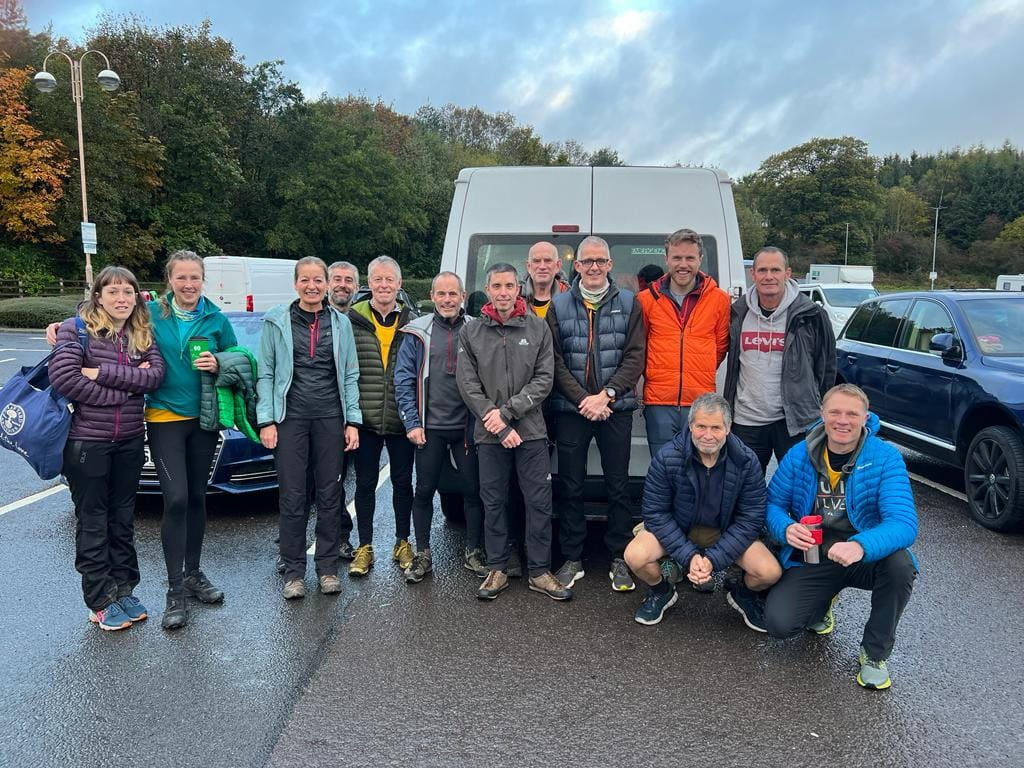 Afternoon everyone – hope you’ve managed to stay dry these last few days! Time for the latest Fell Update to keep you going for another few weeks!

To paraphrase The Proclaimers, I would drive 500 miles….to take part in the British Fell Relays at Broughton in the Scottish Borders! Great couple of days & very proud of everyone who volunteered & took part in the race on Saturday 15th October. They all acquitted themselves well amongst the fell-running royalty, with the Open team (virtually all V50’s) of Adam Sunderland, Gavin Baxter, Jamie Wood, Jim Durrans, Chris Beadle & Ian Goulding finishing 119th overall in 5.12.29, the Mixed team of Katie Walshaw, Helen Haigh, Philip Hewitt, Tim Street, Tim Brook & Sophie Cromwell finishing 4th Mixed team (70th overall in 4.32.44) and last, but not least, the Ale Stars of Karen Sinkinson, Andy Hauser, John Ewart, Andy Shaw, Julian Rank & Bill Hunter (ably supported by Jean Shotter) rolled back the years, finishing 144th overall (in 5.33.34) but more importantly 2nd V60’s, scooping some excellent beers & vouchers! A grand day out!  For those chasing the medals, in a very close race, Dark Peak went one better than last year & held off the strong challenges of Matlock, Ochils & Keswick to win in 3.25.36. Calder Valley scooped the V40’s prize once again (12th overall in 3.47.37), whilst the V50’s title went to Borrowdale (28th overall in 4.02.42) & the V60’s to Clayton (131st in 5.20.33). As with the Hodgson, the Ladies title went to Ambleside (30th overall in 4.04.01), whilst the FV40’s went to Hunters Bog Trotters (94th overall in 4.49.40), the FV50’s to Dark Peak (109th in 5.03.27) and the Mixed to Edinburgh University (18th overall in 3.53.09). Next year’s event will be hosted by Keswick AC, so we’ll be in the Northern Fells somewhere!

On the same weekend, the juniors had a run out at the Withins Curly Wurly Rat Runs on Sunday 16th October. I’ve seen a photo on Facebook of some happy Harriers in the quarry, so well done to all that took part! Arthur Gibbs was 4th U9, Bethan Morris was 2nd GU11, Florence Gibbs was 3rd GU13 & Isaac Morris also had a good run in the U11’s. The last race for the juniors is the Shepherds Skyline on Saturday 5th November, which is going to be very boggy after all this rain!

It was also the penultimate race in the Senior Champs – Race You To The Summit on Saturday 29th October. This was a tight-fought affair, with everyone keen to improve/cement their places in the table! Tim Brook needed to finish this short race to ensure he had completed sufficient qualifying races & duly held off everyone in amber, finishing 7th overall & 1st V40 in 33.53. Just behind, in a close battle, Curtis Firth just had enough in the legs after his stag weekend to keep Adam Sunderland at bay, finishing 19th overall in 36.29, whilst Adam was 25th
overall & 3rd V50 in 38.31. A little further back, Andy Shaw got another race under his belt, finishing 57th overall in 42.56, just ahead of Sophie Cromwell (71st & 10th lady in 44.06) & Keith Baird (74th overall in 44.24). In terms of the champs standings, with just one race left (the Tour of Pendle on Saturday 19th November), Tim Brook is top with 231 points, just ahead of Adam Sunderland (223 points), Curtis Firth (189 points) & Keith Baird (169 points). Unfortunately, no-one in the ladies competition will be able to complete the
required number of races, so the trophy will just have to stay at Helen’s for another year….! Elsewhere, it’s been fairly quiet as everyone gears up for the X-Country season, but we have had a few out & about, including Keith Baird at Langdale Horseshoe, Jamie Wood & Tim Brook at Castle Carr (where Jamie was 8th overall) & Phil Hobbs & Andy Shaw at Castle Carr Half (with Andy 2nd V60).

Although not in the championship, next up is Meltham AC’s Cop Hill race on Sunday 6th November, which is also the Yorkshire Vets Fell Championship once again. I’ve counted over 25 pre-entered for this, so we should be in with a shout for a prize or two! This is followed by the last race in this year’s champs, the legendary Tour of Pendle, which takes you on a merry tour of Pendle Hill. Last time it was in the champs, they had some unexpected snow, which made conditions very interesting – cold feet all round! If you’re thinking of having a go, get yourselves pre-entered, as it’s a lot cheaper!

For those on Facebook, you’ll have seen that Jean is recruiting for the Lee Mill Relays on Sunday 27th November – we have 3 teams entered, so she is trying to get Mens, Ladies & Vets teams organised. Please let her know ASAP if you can run – 4 in a team, with each leg around 6.5 miles – nothing too technical, but bound to be boggy! Bargain at £7 & it doesn’t clash with any X-Country, so get yourselves signed up!

Coming up in the rest of November/early December, we have:

For those going, see you at Cop Hill tomorrow. 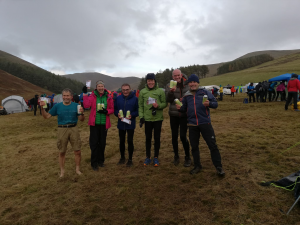