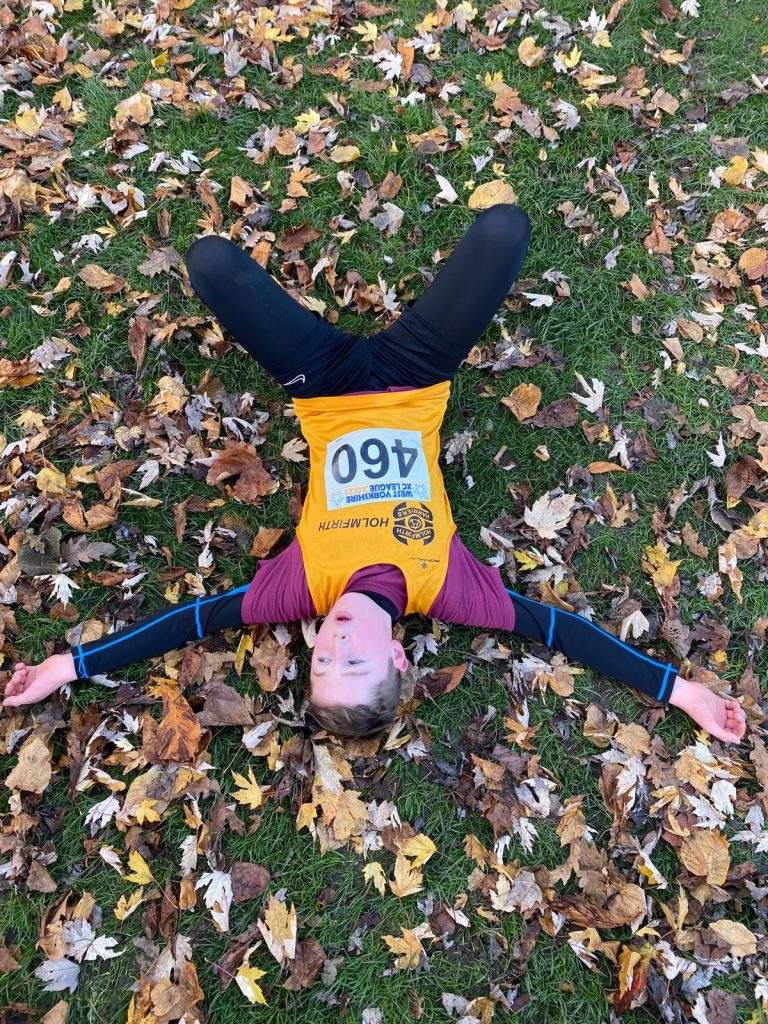 Last Sunday (21st November) the Harriers were out in force at the third race in the West Yorkshire Cross Country League, hosted by Wakefield AC at Thornes Park. It was a very chilly day, but the course was probably the driest it’s been for many years, making for some fast running.

The U11s dominated and their efforts paid off, with the teams winning both the boys’ and girls’ races for the first time in the series.  First off were the U11 boys, with Henry McFarlane leading the team home in an impressive 7th place.  He was supported by Alex Haigh in 10th and Bobby Morris in 11th for the team to beat Keighley & Craven by just two points.  Isaac Morris finished in 20th and Ewan Plumb in 29th.

Next up, the U11 girls won the team event to add to their win in race 1. It was a very close call, finishing  just one point ahead of Bingley, showing that every place counts!    Annabelle McFarlane had another great run in 5th with support from Bethan Morris in 18th and Jessica Hill in 19th. 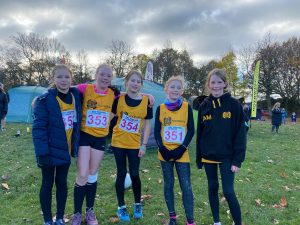 Unfortunately there were no club representatives in either the U13 Girls’ races.  However in the U13 boys, Alex Burke finished an excellent 4th place, matching his performance in the previous race, and with support from Ollie Joyce in 31st and Joey McLaughlan in 34th   the boys were 5th team.

Emily Wood ran well in 31st in the U13 Girls race and Sophie Mayes was close behind in 37th. In the U15 Boys we were just short of completing a team, but a strong performance from Jack Sunderland in 17th, with Harry Gilligan 31st, in a busy field of 42 runners. 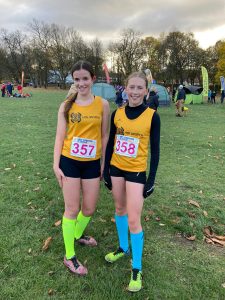 There were two outstanding performances in the U17 races with Joe Minchella 6th in the men and Annie Mclean 5th in the girls. Unfortunately neither were supported for a team. 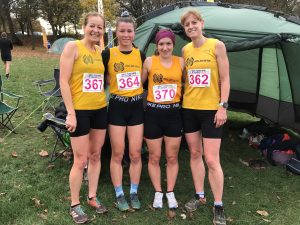 The final race of the series takes place at Oulton Park in Leeds on Sunday 12th December.

Photos of the event can be found here;