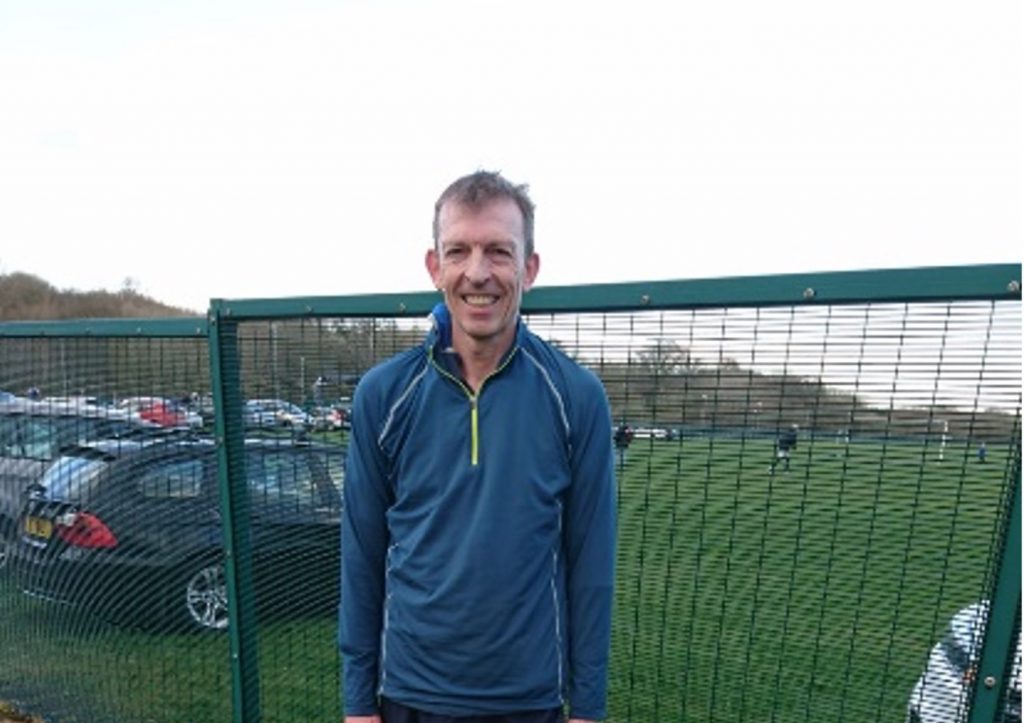 Holmfirth at the Podium 5K

Holmfirth at the Podium 5K

The podium 5k series is presented as the fastest of the fast 5ks in the UK. We arrived at Barrowford, Nelson just before 6pm. The course is a cycle track of which you must complete approximately 4 and 3/4 circuits to make the 5k distance.

On the last circuit you have a blast of music to accompany you into the finish.  I knew one or two faces, the usual Leeds crew and some northern endurance squad athletes. One former Holmfirth athlete. Jon Stewart who went onto run 15.29 in the A race for Leeds City.

The race started at 6.30. It was cold there was a little head wind. This was a fast course. On the start line I looked around there was one chap my age the rest all younger and looked ready for action. This was no park run. Then John Convery appeared (O60), I recognized him from Bingley. An old sparring partner of Paul and Dave back in the 1990s.

The gun fired and they were off.  After 600 metres I know this was going to be hard all the way.  It felt like a track race. One circuit completed I was last. Hanging onto for grim death the back of a Wilmslow athlete my age. Julie gave me a cheer as did Jeff Prest an elite vet and old friend from Trafford who would go onto run 15.33 in the B race as a vet aged 49!  The only time I was last in a race was in 1984 in the Yorkshire 1500 metre senior men’s final. Mind you that was won by Olympic silver medal winner (1988) Peter Elliot from Steve Binns former world junior 5k record holder. I always remembered how Elliot waited for me to finish to shake my hand.

This pace was relentless. Somehow, I managed to keep with this Wilmslow chap for the remaining circuits. I was digging deep into the well which John Downes had Facebook messaged me about the day before. John a former inter-counties cross country winner.

Then one or two tapered off. John C popped on circuit 3. I saw him walking on the grass on the inside of the cycle track. I felt like doing the same. But then Alwyn’s sessions kicked in. I had started Alwyn’s sessions in January after a 20.22 park run at Brighouse where I finished 4th.  Not going to finish 4th today that’s for sure! He’s brought me back off the scrap-heap, however.

I spotted an East Cheshire athlete who had mentioned to me he was aiming for 17.30 he was coming back a bit, I could see him getting closer. Also, an athlete from Barlick he was dropping quick.

Two circuits to go still last still hanging on. Then the music kicked in last lap. Had to be Oasis and Wonderwall….. the track continues to haunt me!!  Always had a dig at the finish. Swung into the final home straight. Oasis booming out… I was off an in true Holmfirth spirit took them both.  Wow not last.

Finished 33rd. I got my time 18.13. I was pleased fastest 5k for a long time.  Puts me into 3rd in our clubs O55 all time Vets Record list behind John and Steve.

The course is quiet, and the atmosphere really relaxed. No distractions like traffic or dog walkers, spectators wandering on the course etc. With a super-fast course, you attract a lot of talent from all over.  There were athletes from the North-East, Brighton, London, Scotland. A very well-organized event. But there’s no hiding place it feels like a track experience.