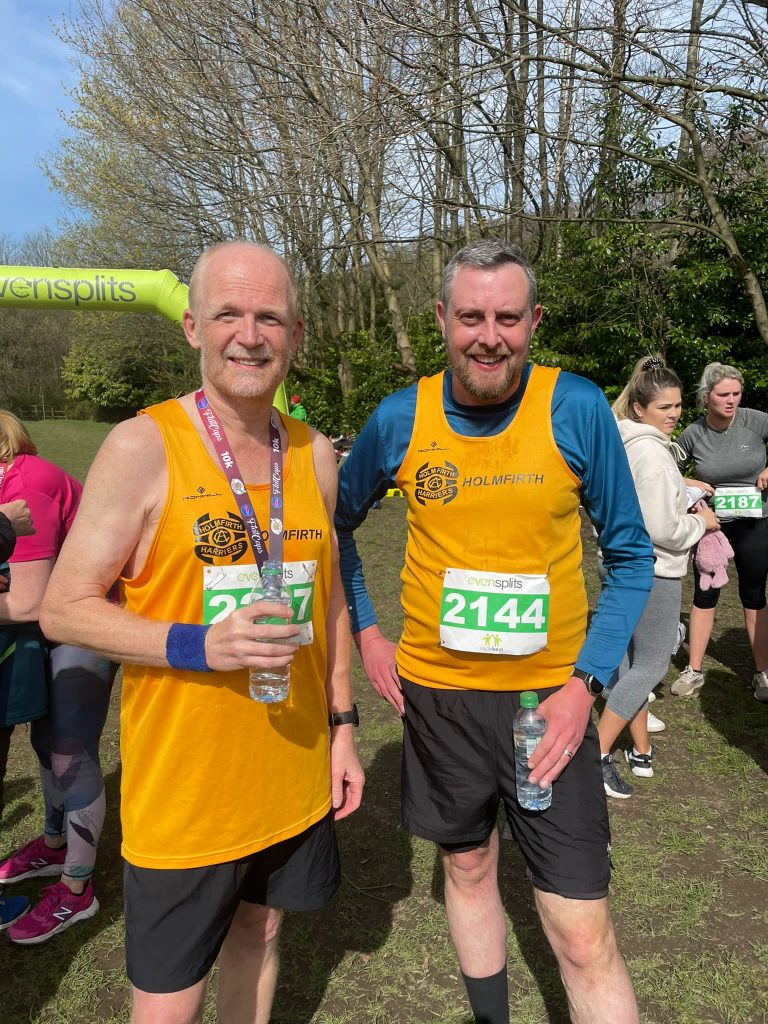 After travelling to Hornsea the previous weekend, I was looking for something a little more local, when I came across the Flat Caps 10k. Organised by Sowerby Bridge Snails, the event is in its third year and raises money for Christie NHS Foundation Trust. It is described as undulating – I think the author clearly has the knack of understatement!! There is just under 1,000 feet of climbing, almost all of which is in the first 5k and, as you would expect for that part of the world, a lot of this is steep.

The weather on the day was perfect. It was sunny and cool with almost no wind as I arrived at HQ, Sowerby Bridge Cricket Club. Expecting to be the only Harrier there, it was good to see Grant Clarke-Wood assembling with me near the start line ready to tackle what was in front of us.

The field of almost 300 set off at 10.30am on the only flat part of the first mile – and this was about 100 meters across a football pitch. We were then into the uphill path in Dixon Scar Wood, which turned into the long uphill of Sowerby New Road. After just over 1 mile of continuous climbing the Church Stile Inn brought some light relief, not in the shape of a welcoming pint, but the right turn into Pinfold Lane and a short downhill/flat section. This proved to be brief respite as about 1/4 mile later, a left turn into Shield Hall Lane was acompanied by a wag of a marshall exclaiming that this was only a short hill. It was not only NOT short, but was very steep. On top of that there was the optical illusion of a flase summit or two. As you approached the 2 mile mark, on a particularly steep section, the road appeared to be leveling out to provide a bit of relief. NO – as you turned right, there before you was another couple of hundred meters of climbing, appropriately named Steep Lane!!!!!!

Having dealt with Steep Lane, a left turn took us into Mirey Lane. Fortunately, unlike its namesake in Netherthong, it is fairly flat. Nearing the 5k stage, a right turn in Hubberton Green took us up yet another steep climb. Mercifully, this was only about 1/4 mile long and proved to be the last one of any significance.

It literally is a race of two halves. From the 5k point you immediatly start one of many descents some, obviously, being quite steep. If you had any energy left you could try to make back some of the lost time – I did say IF. That said, I doubt that there was a single runner in the field that didn’t do a negative split.

As we hit the 8k mark there was about 1/4 mile section of gradual ascent into Sowerby but this felf positively flat in comparison to what had gone before. The final 1.5k reverted to steep downhill and it was back through Dixon Scar Wood for the final finish back on the football field.

For all the difficulty of the terrain, it is a spectacular course run, in the main, on country roads with lovely views (if your eyes aren’t stinging from too much sweat)!! The organisation and marshalling are excellent and the facilities at Sowerby Bridge Cricket Club are very good with a BBQ on the go and a well stocked bar to quench the thirst. I will certainly be back – and I think Grant said the same (through gritted teeth at least). 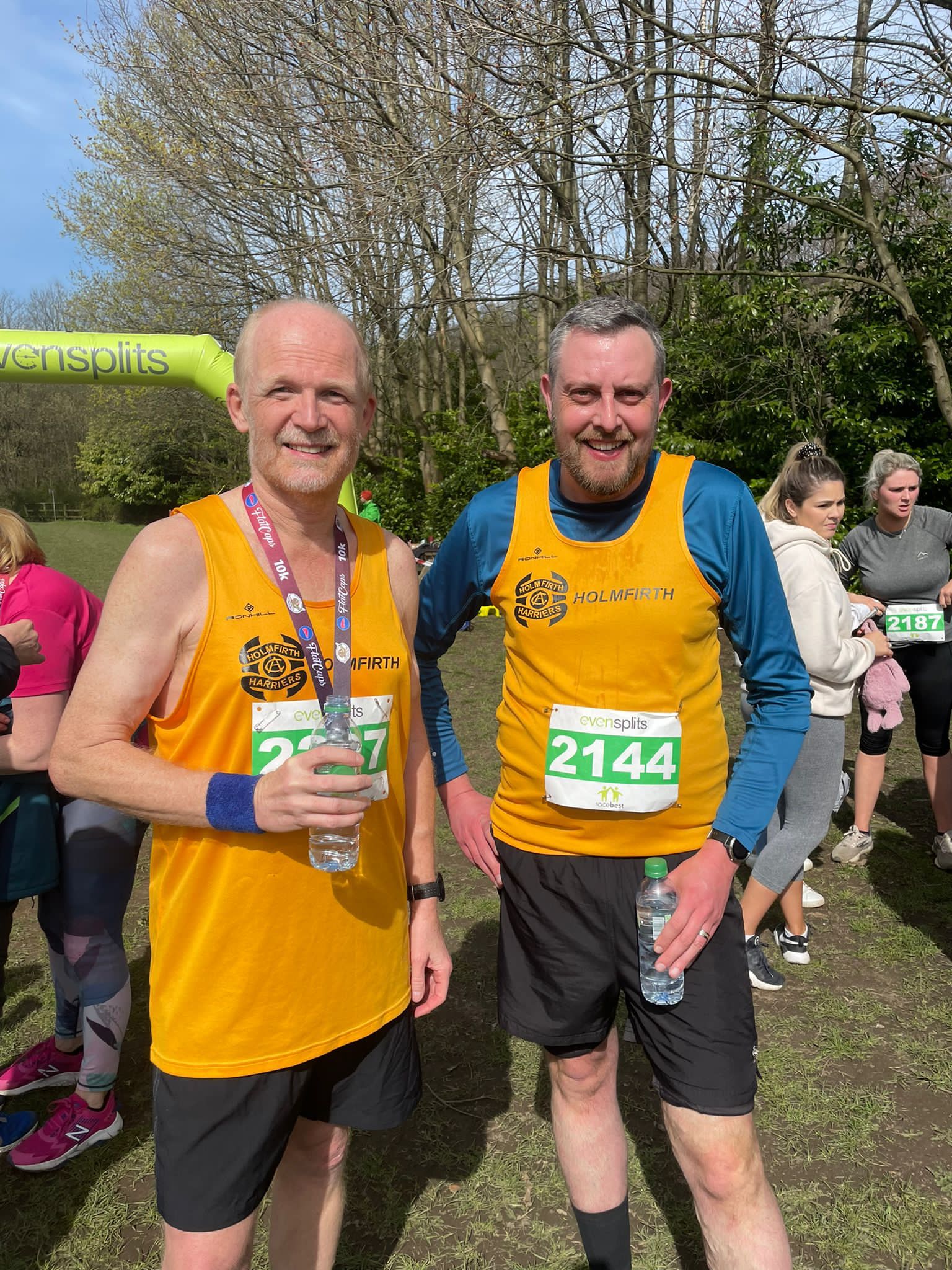 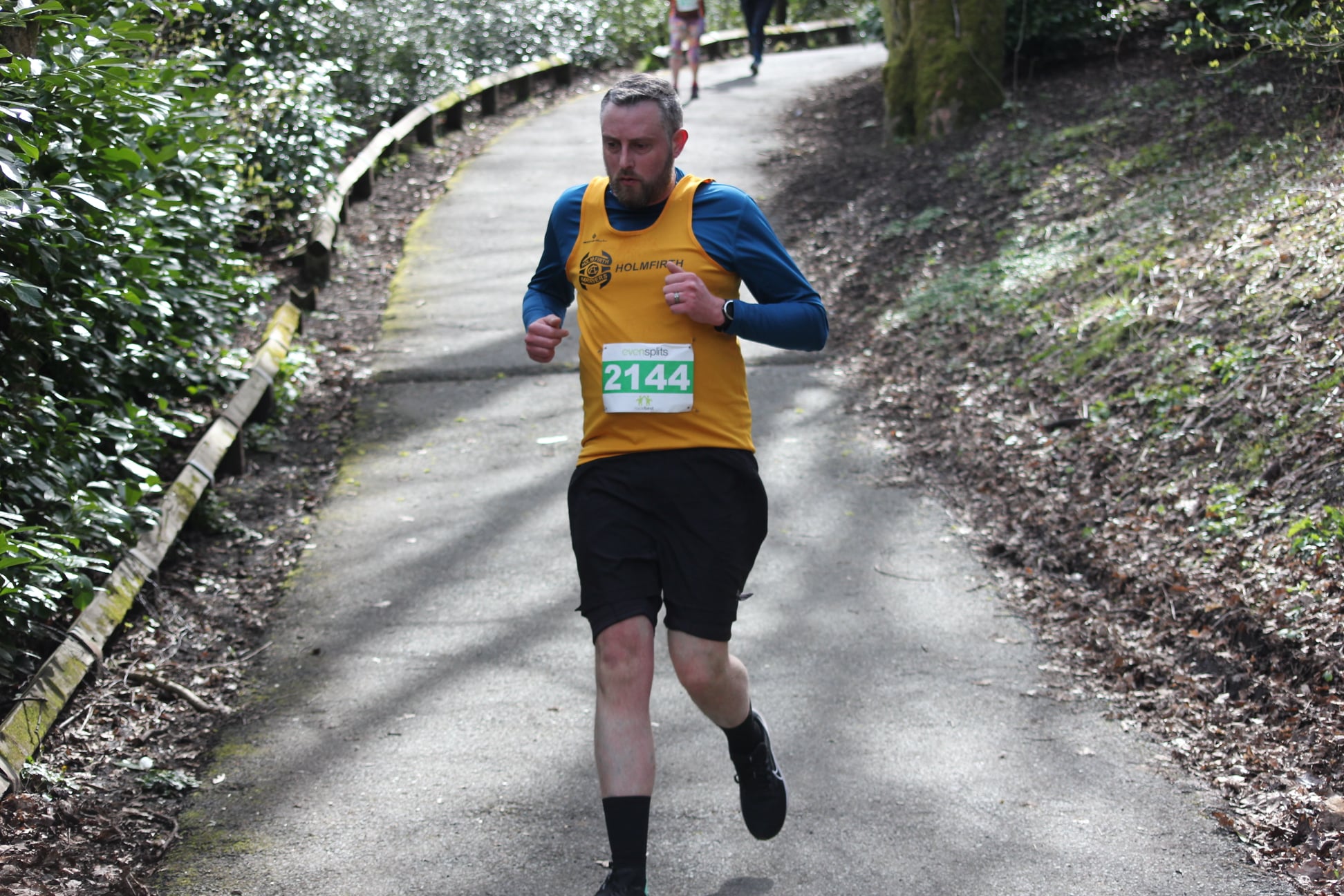 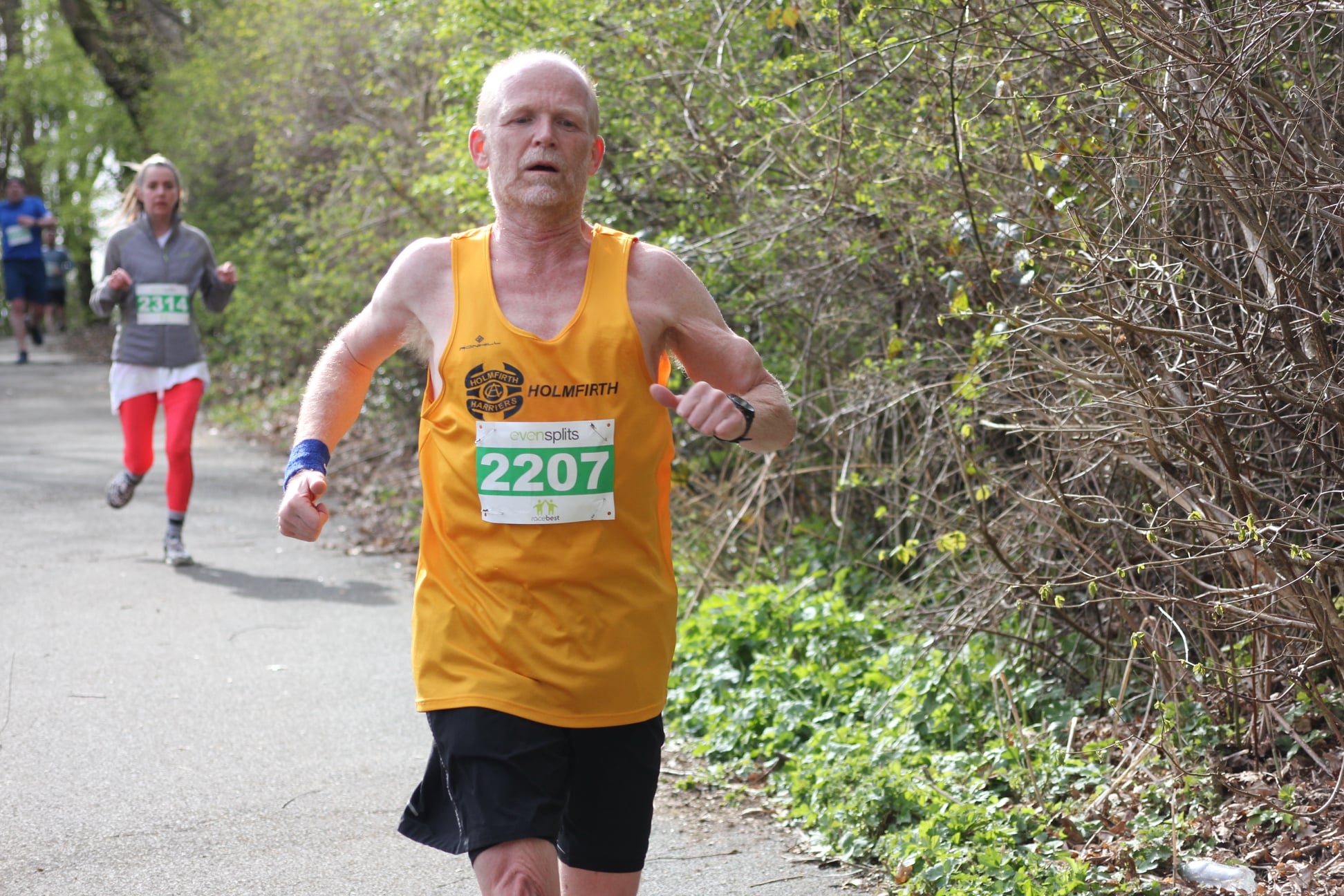 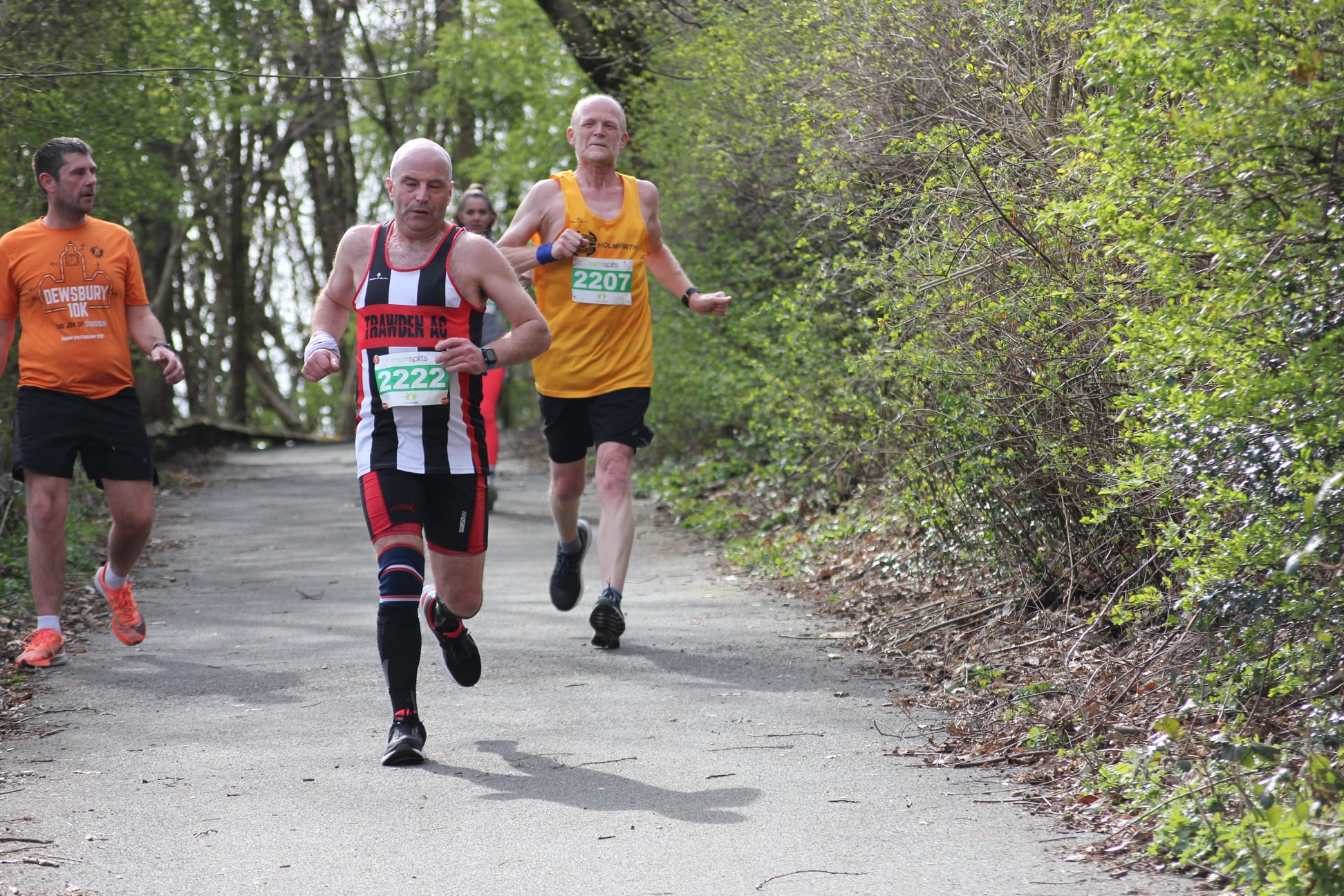 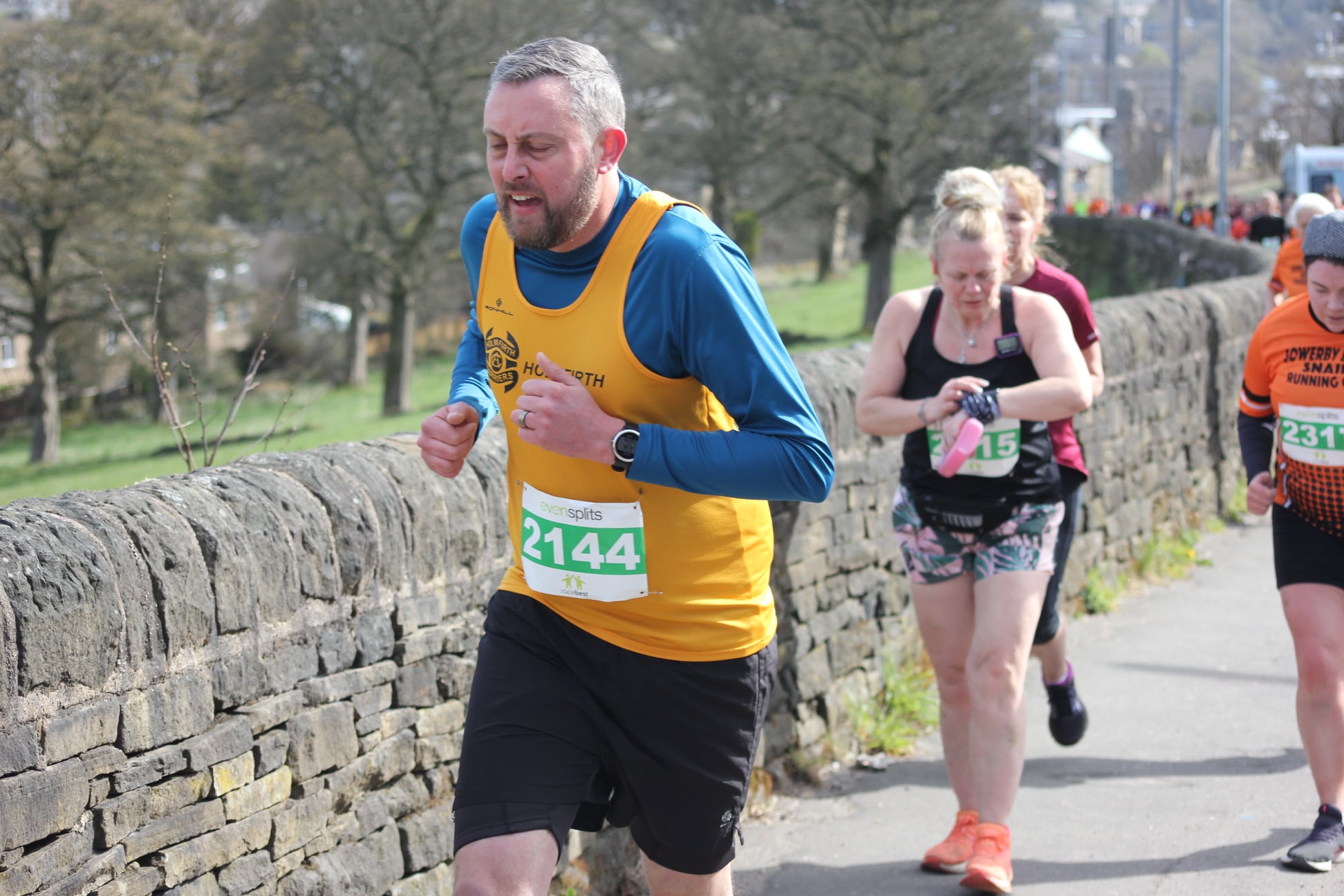