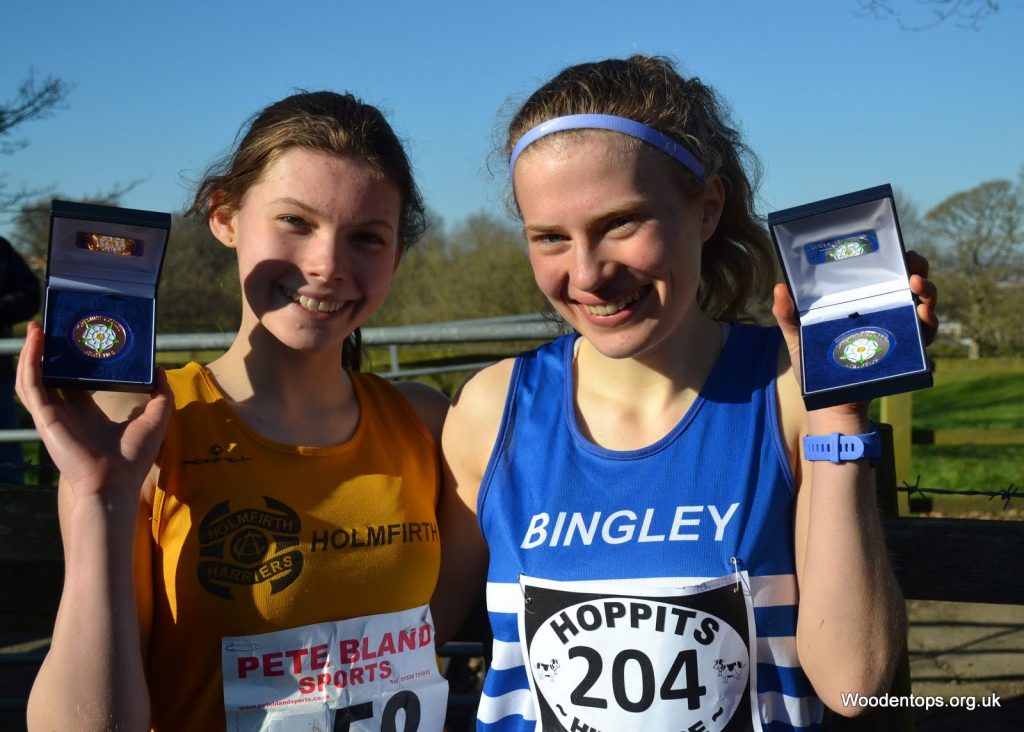 Afternoon everyone – hope you’re all fit & well! Here’s the latest update on all things fell-related for you.

February 2022 seemed to be a repeat of 2020, when we also had a procession of Atlantic storms battering the UK, making running & racing an arduous endeavour! Only calmed down last weekend!

First up for the seniors was the first Long race of this year’s championship, the Winter Half Tour of Bradwell on Saturday 12th February, where after a couple of injury drop-outs, we had 5 starters in a field of 183. The race was slightly unusual in that there was a start window of one hour between 9.00 & 10.00am, to help those who were worried about still being out when it got dark! The top 4 all finished within a minute of each other, which could have been even more interesting had they all set off together! Included in these four was Tim Brook, who had an excellent race, finishing 4th overall & 2nd V40 in 2.29.25, a great time for the 17.5 mile/3500 feet course. Next back for Holmfirth was Curtis Firth, who certainly seems to be enjoying his racing since joining the club in October, finishing 23rd overall in 2.52.24. Dave Milton prefers the longer races & this one was no exception, as he came in 70th overall in 3.20.35, just ahead of Keith Baird, 81st overall in 3.26.41. Last, but not least, Jean Shotter flew the flag for the ladies, finishing 114th & 4th FV50 in 3.42.51, picking up maximum champs points!

The juniors were in action at the Hoppits Hill races on Sunday 27th February, where there was a full programme of junior races, including the Yorkshire Junior Championships for the U13/U15/U17 & U19’s, as well as a short & sharp senior race. The provisional results have now been issued & there were some excellent performances all round. Henry McFarlane was 3rd BU11 (4th overall) & Bethan Morris was 2nd GU11 (8th overall), with Isaac Morris a little further back in 21st. In the U19’s race, Joe Minchella had another good run to finish 5th overall, whilst Izzy Richardson carried on her good form, finishing 12th overall but more importantly 3rd FU19, picking up the Yorkshire Bronze, so well done to her! In the senior race, Katie Walshaw showed she’s back on the road to recovery, finishing 5th overall & 1st lady, whilst Clark Hind had another solid race, finishing 13th overall. Adam Sunderland enjoys the shorter stuff & came in 29th overall & 3rd V50 & we had a new face in the Harriers ranks, with Annie Greenwood finishing 96th overall, out of a field of 169 starters.

Elsewhere, we had a few hardy souls out & about, including Mark Law & Andy Shelbourne braving the elements at the Wadsworth Trog, Andy Hauser & Jean Shotter making the long trip down to Church Stretton for the Long Mynd Valleys (where Andy was 1st V65), Kath Farquhar, Debbie Hall & Elaine Stewart (1st FV65) battling the rain at Lad’s Leap and Clark Hind holding onto his beard at Midgley Moor (finishing an excellent 8th overall).

I’ve had a few volunteers to help out at the Ian Roberts Memorial race on Sunday 20th March but you’ll have seen that I’ve just sent out another reminder, as we still have some way to go before we have a full complement. As ever, I’ll need everyone who’s coming (racing or helping) to bring some food for the after-party!

In terms of the champs in March, the seniors just have the Ian Roberts to contend with, whilst the juniors will be heading over to Ilkley Moor on Sunday 6th March. The Trawden races, the first of this year’s junior English Championship events, was supposed to be on Saturday 26th March, but I’ve just seen that it’s been postponed due to access issues.

Locally, there isn’t much on in March/early April. For those with 3 Peaks ambitions, there is the Edale Skyline on Sunday 27th March – entries are still open & I can see that Andy Shelbourne, Mark Law & Dave Milton have already signed up. The increasingly-popular Trunce re-starts on Monday 28th March, so you can assess your speed accordingly! The Five Trigs on Saturday 2nd April is now full, although they are operating a waiting list, which seemed to work pretty well for the Tour of Bradwell, as pretty much everyone who wanted to race got a place. Entries for the Lower Borrowdale Skyline champs race (Saturday 21st May) open to FRA members on Tuesday 8th March, so let’s get a few Harriers on the start line for this one.

And finally, it’s the Calderdale Way Relay on Sunday 15th May, which is only a couple of months away. We have 4 teams entered once again, so I will need plenty of you to commit to run for the club sooner rather than later! The Ladies will be aiming to retain their title, whilst the Ale Stars will be hoping to go one better & scoop the Vets prize! Please let me know that you can run & I’ll add you to the squad.

Cheers for now – don’t forget about the Ian Roberts race – it’s only 2 weeks away!