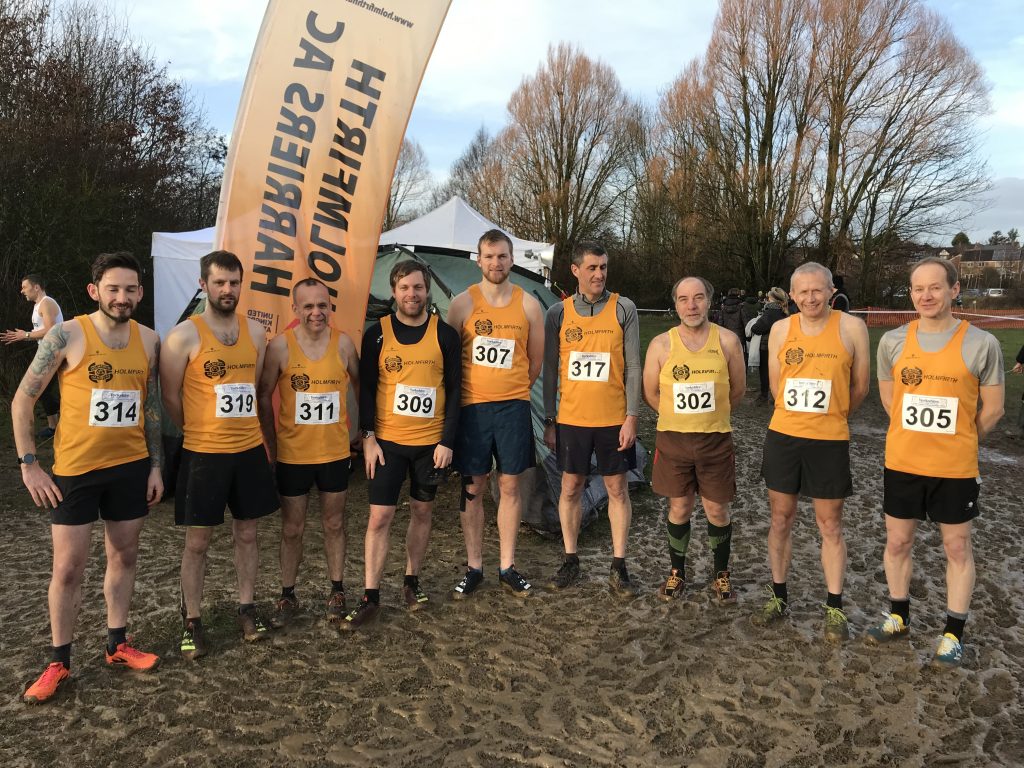 Our three Under 13 boys had their own race within a race, with Harvey Baxter (36th) finishing one place ahead of George Smith (37th), with Jerome Mundakal not far behind (47th). This gave the boys a creditable 11th team place overall.

Emily Wood (35th) and Sophie Mayes (40th) showed real grit and determination to complete the Under 15 girls race under a darkening sky.

The worsening weather saw Jack Sunderland hold his own in the Under 15 boys’ race, his 23rd place finish putting him in the top half of a very competitive field.

An icy downpour preceded the Under 17 women’s race, where three Holmfirth Harriers combined to great effect to take home silver team medals. First Harrier was Isabel Richardson (7th place and into the Yorkshire team for the Inter-Counties race in March), closely followed by Annie McLean (10th) and Elena Inch (15th). 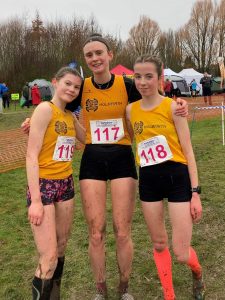 The final junior race saw Joe Minchella put in another fine performance to finish 14th in the Under 17 men’s race.

The seniors were well represented in the final two events of the day, which were packed with talent, including a few internationals.  In the Women’s race, won by Ilkley GB International Jemima Elgood, the team packed well and fought hard in the muddy conditions.  Lucy Byram had an excellent run, finishing 9th in the 113-strong field, and has been notified as first reserve for the Yorkshire team.  Julia Jagger, in 11th, has also been notified as a reserve, so with a couple of months until the Inter Counties race, there is certainly chance that one, if not both, athletes will get their call up!  With Erica Byram in 15th and Ruby Sykes returning to form in 18th, the team finished with silver medals, an agonising 3 points behind winners Hallamshire Harriers, but a great result amongst the county’s top clubs. 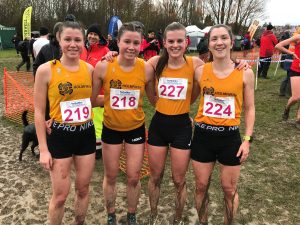 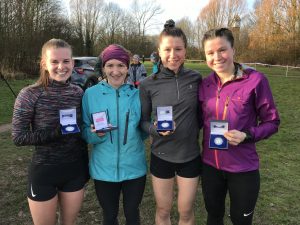 The ‘B’ team finished an impressive 5th, and first ‘B’ team, demonstrating the strength in depth of Holmfirth’s women at the moment.  Helena Croft was 28th, closely followed by Claire Leaver-Hewitt in 30th.  Zoe Storr (39th) and Julia Thomas (51st) completed the team.  Cara Bintcliffe did well to finish in 83rd. 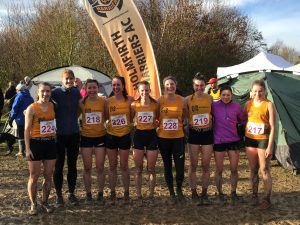 The men’s race had just over 200 athletes including a number of Holmfirth Harriers competing in their first cross country race, and for some their first ever race for the club, which was encouraging.  It was won by Josh Dickinson of Leeds City. Kai Sunman led the amber vests home in 29th.  Men’s Captain, Damian McQueen, worked his way through the field to finish 90th and just behind was a great battle between a number of athletes.  Just 72 seconds separated the other four team counters; Michael Sanderson (99th), Curtis Firth (105th), Alex Hannay (116th) and Neil Dutton (120th). The team finished 15th with Hallamshire taking another senior Gold medal. Other finishers were Adam Sunderland (135th), Anthony Waring – in his first race for the club – (146th), Mark Wilson (166th) who had a great battle with Chris Beadle (169th), Bob Dickson (177th) and David Milton (180th).

Great turn out from our Senior Men; 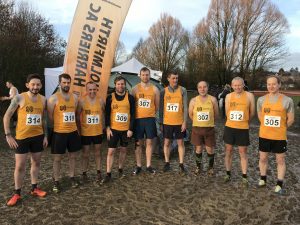 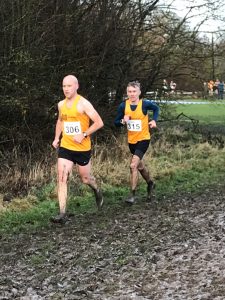 The club will next be racing in the Northern Athletics Cross Country Championships at Pontefract racecourse on Saturday 29th January.