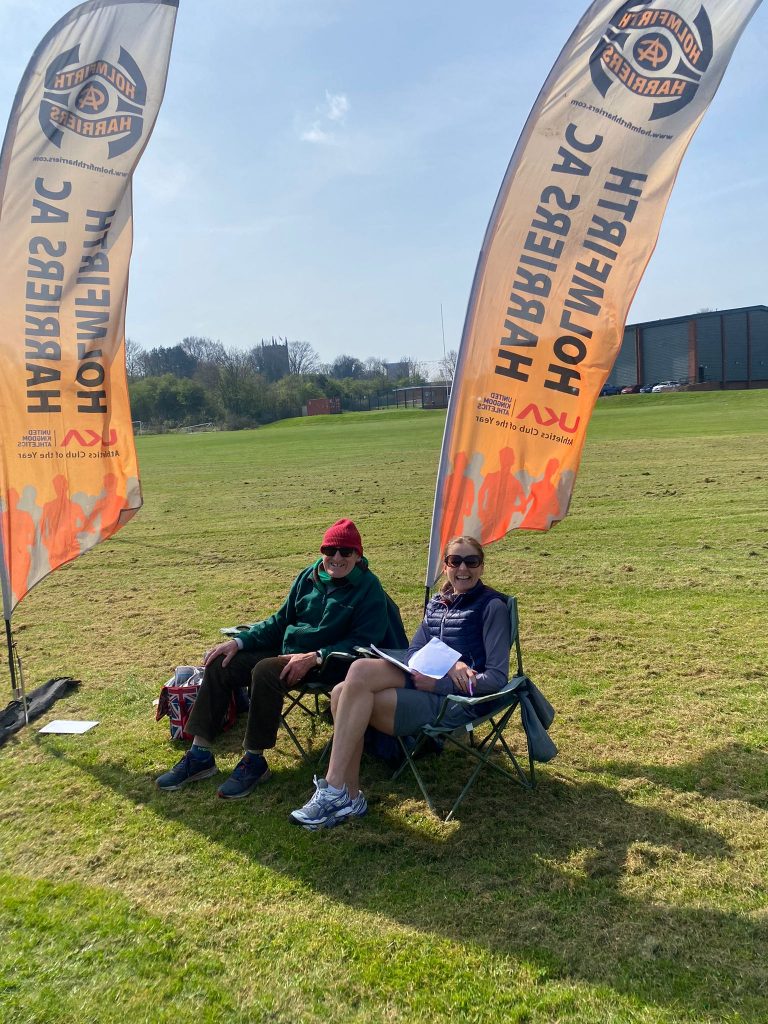 It’s been a month or so since our teams were out at the Yorkshire County Athletics Road Relay Championships, and with the results a little delayed in being published, this report is even more belated!

It was a bright and breezy day at the cycle track at St.Thomas A Becket Catholic School near Wakefield, which was a new venue. The course was a 1.1km lap, giving spectators a great view and competitors nowhere to hide! 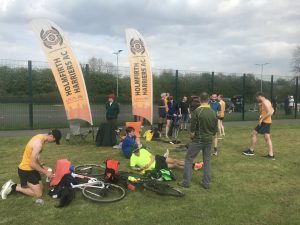 Holmfirth had just one junior athlete racing; Jack Sunderland finished 9th in the Under 15 Boys race.  In the Seniors, where both men and women raced around 4 laps, the club fielded one women’s team and an impressive three men’s teams.

The women were off first, and Izzy Richardson, who was originally due to run in the U17 Girls race but qualified for the senior race at this distance, ran a perfect, tactical race.  Sitting in the lead group she looked very comfortable and on the final lap made a break to come home first and in the fastest time of the day in 13:46. Fellow U17, Elena Inch, took over on leg 2 and ran well amongst tough competition to finish 5th in 16:24.  Helena Croft and Claire Leaver-Hewitt ran the same time on legs 3 and 4 respectively (14:59), holding 5th place in an overall time just outside the hour; 1:00:28  The race was won by Hallamshire Harriers in 57:28. 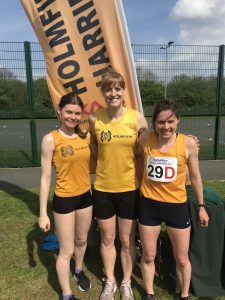 After a short break, it was the turn of the men. Mark Buckingham, Michael Sanderson and Mark Wilson all ran the first leg, which set off at a blistering pace just as the sun came out. Mark B ran an excellent tactical leg, gradually picking off the runners who had gone off hard before finishing in 3rd overall in a time of 12:07. A little further back, Michael (14:05) and Mark W (15:15) both ran well at a pace that would have seen each of them set 5k PBs had the course been a little longer.

Oliver Glover, Adam Sunderland, and Rob Kersey took up the baton for the second leg. Oliver is a new member to the Club and performed excellently in his first race to come home in 13:24. Adam (15:11) also ran well and was running a 5k PB pace, whilst Rob (17:32) also put in a good turn, particularly given that he’d raced in the Salford 10k the day previously!

Curtis Firth (14:12) ran a strong last leg for the ‘B’ team as they came 14th overall, whilst an injured Kai Sunman – having what he called an ‘easy run’ in order to ensure we fielded three men’s teams – ran a final leg of 14:10 to bring the ‘C’ team home in 18th place.

The men’s race was won by Doncaster, who beat Wakefield into second place by just five seconds. 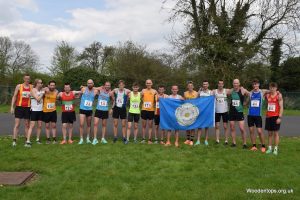