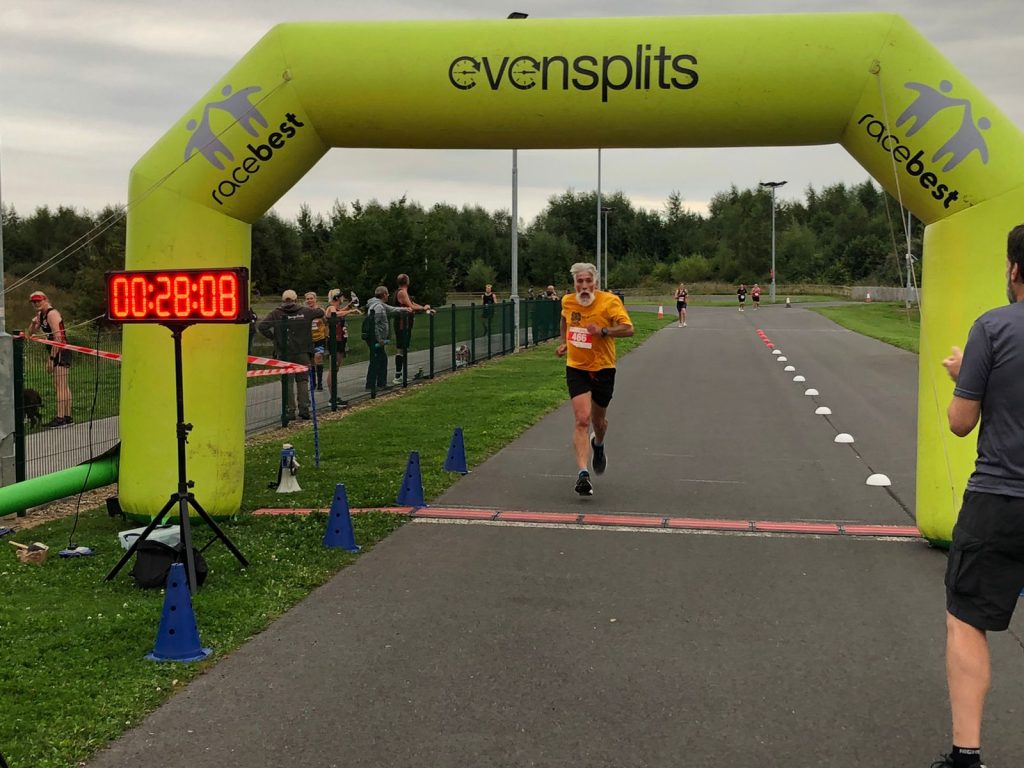 Back in May, a half marathon I’d been focusing on was postponed at the last minute, and I started wondering whether to change gear and have a crack at training for 5k instead. The idea of turning up the intensity, painful intervals and running in circles was definitely putting me off.

Then two things happened: an August 5k event appeared in our Club Road Championship, and Alwyn’s 5k speed sessions re-started in the field at Neiley on Tuesday evenings. The speed group was so supportive, I was surprised to find I enjoy doing drills and running with much faster runners, being lapped multiple times doesn’t matter at all, and pushing on when it really starts to bite is fine. I know it’ll all be over in a few minutes and it’ll be great.

Of course you can run a perfectly good 5k without any of that – but Alwyn is excellent, it’s a really well-structured session and very welcoming, and it definitely helps, so I’d recommend it.

The 5k race we ran was one of the eight monthly events in the York 5k Race Series. They run from April to November, on Friday evenings. They’re very straightforward: five laps of a flat, precise 1km tarmac cycle track. Every lap is chip timed, so you can see how well you paced your run more reliably than your GPS.

There are three race waves based on predicted time. 21 to 40-minute runners go first, which is a big range! After that, there’s a second race for 18 to 21 minutes, and a third one for the fastest runners.

I signed up for the July event as a practice, which turned out to be in the middle of a heat wave. I just made it in under 22 minutes, and set 21 as my target for August.

Six amber-vested Harriers arrived for the first wave of the August race. Conditions were good – overcast, warm but not humid, with a gentle breeze. The track is surrounded by trees and greenery and is an irregular shape, so every bend and every section feels different and helps give a good sense of where you are. Ten laps would be tedious, but it’s great for five.

Two more Harriers, regular monthly participants in the series, ran in the second wave and finished with impressive times. Of the six of us in the first wave, three achieved lifetime bests and the others came away with our best 5k times in a long time, which is a fantastic performance all round. I didn’t crack my 21-minute target this time, but there’s another one in September… 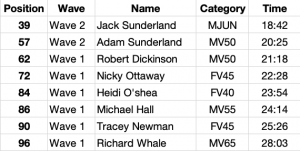 Current standings for the Road Championships: 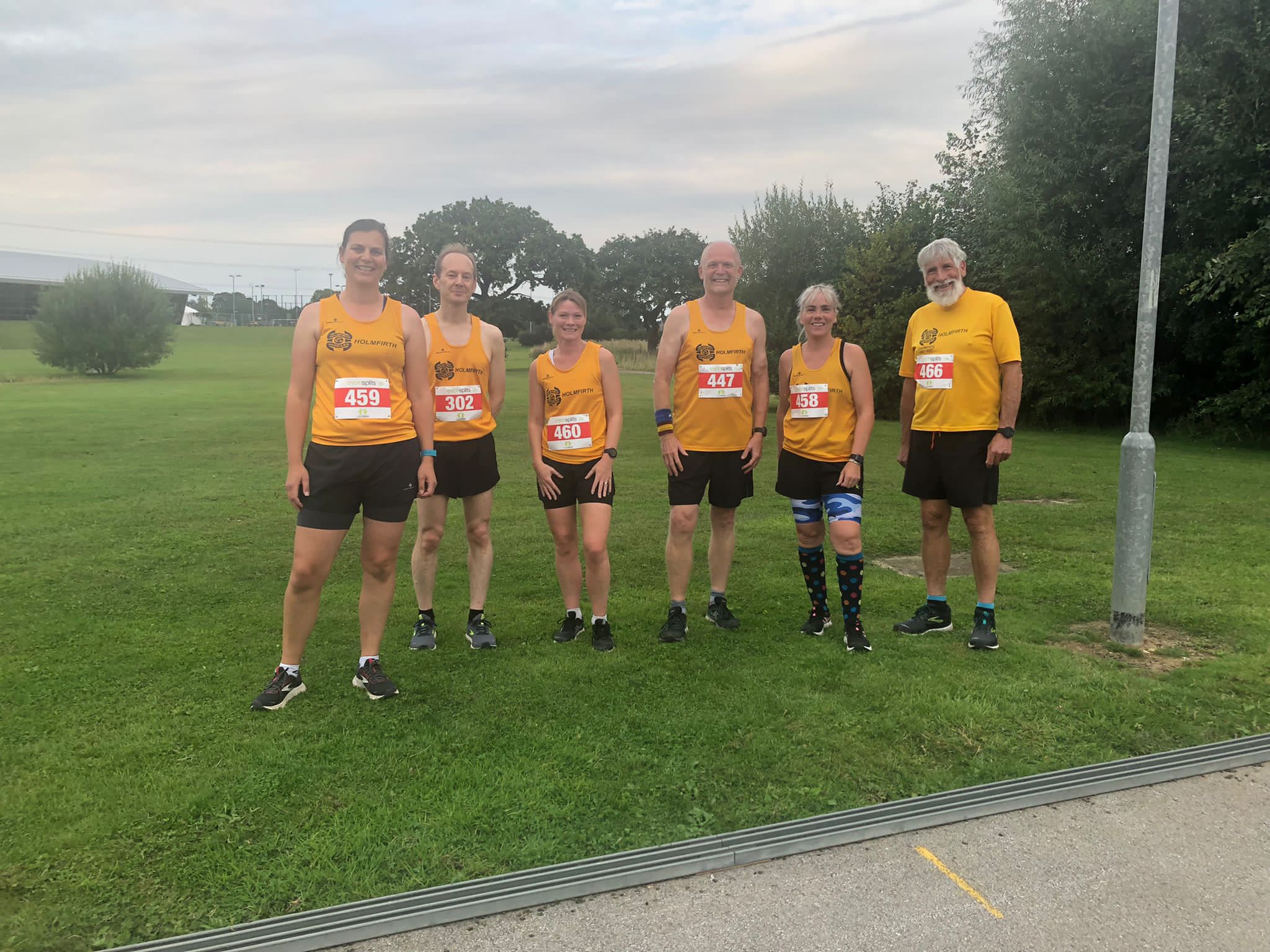 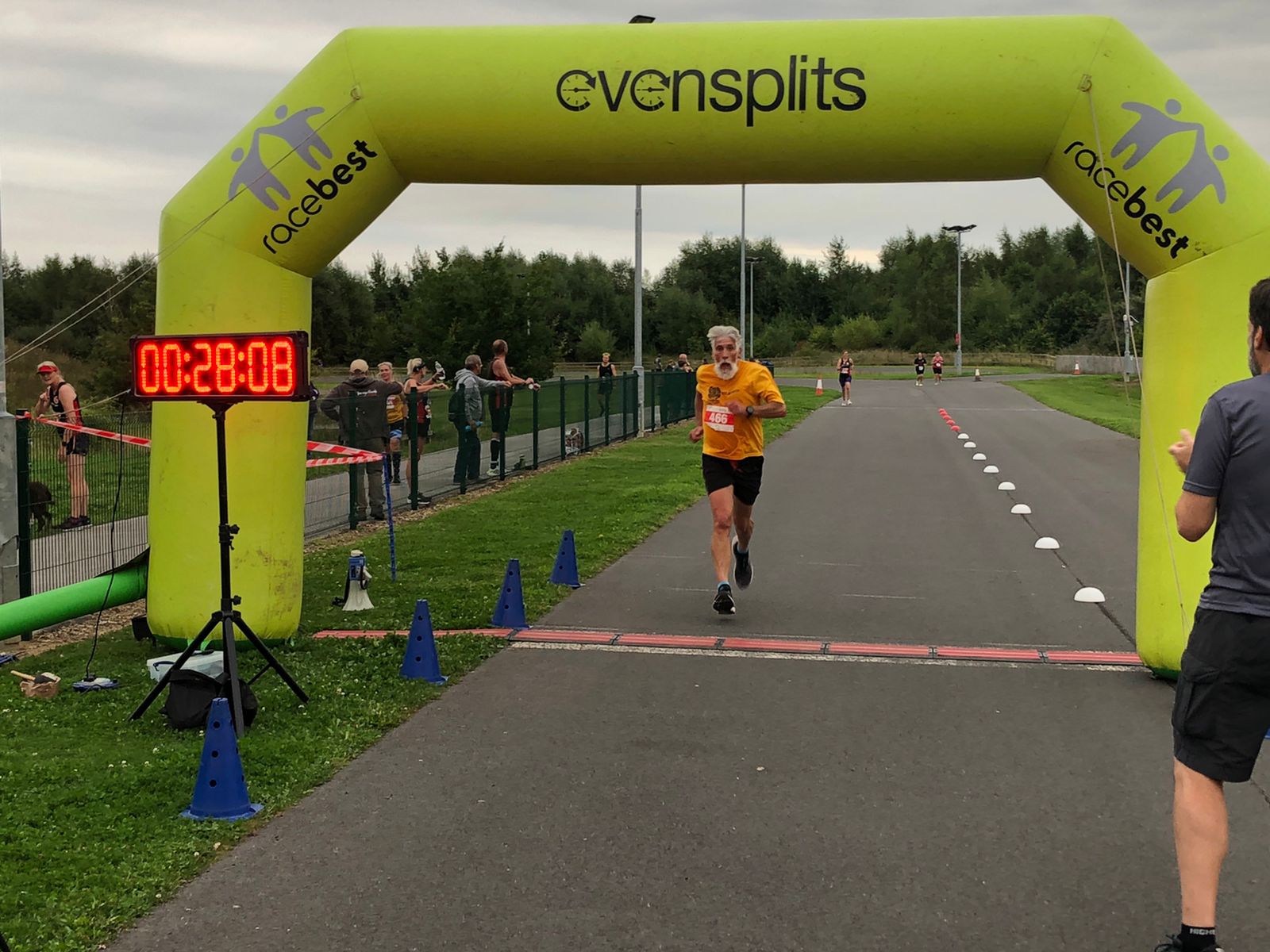