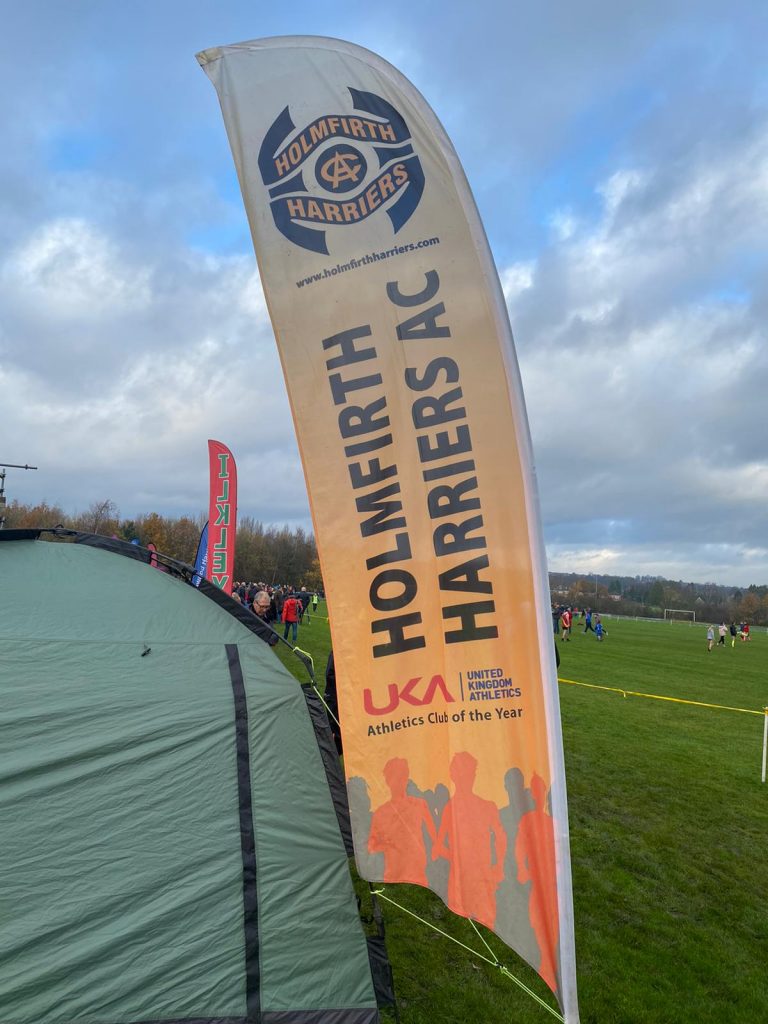 An unseasonably sunny December day saw the final race of the West Yorkshire Cross Country series 2021 at Oulton, with plenty of medals and plaques handed out to junior Holmfirth Harriers, as well as some to senior age group medallists.

This felt like the first Cross Country race of the season to deal up plenty of mud, and the course got stickier as the day went on!

In the Under 11 boys race, Holmfirth had a magnificent seven runners, with Alex Haigh (7th), Bobby Morris (14th) and Henry McFarlane (19th) giving a collective score of 40 points, enough to give the team second place on the day and a fantastic silver medal position across the series. Alexander Dalton, Ewan Plumb, Isaac Morris and Alexander Elliott were the other Harriers in this race – congratulations to the whole team on their outstanding achievement. With 4th and 10th place finishes in previous races, Alex Haigh also picked up an individual 6th place plaque. 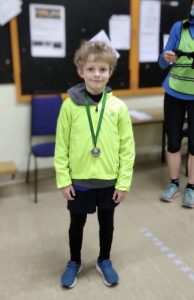 The Under 11 girls matched the boys’ success, with a second place team finish on the day and a silver medal team position across the series – level on team placements with Bingley (two team firsts and a second), but just pipped on points. Standout individual performances on the day from Annabel McFarlane (8th), Bethan Morris (14th) and Saskia Wright (18th) assured them of their second place team position, with Jessica Hill and Ruby Baxter also running on the day.  Lily Mae Hamilton and Heather Eastwood also competed well, Lily completing 3 and Heather completing 2 races in the series. With 5th and 8th place finishes in previous races, Annabel McFarlane also picked up an individual 6th place plaque.

It was another Alex – Alex Burke – who took the honours for Holmfirth Harriers in the Under 13 boys category, with an excellent 4th place finish on the day. Alongside previous 2nd and 4th place finishes, this gave Alex an outstanding individual 3rd place position across the series. With Harvey Baxter (28th) and Ollie Joyce (31st), the 6th place team position on the day didn’t count towards their overall series position, however excellent results in the previous three races assured them of a fourth place team finish overall. Joey McLaughlan also made a strong contribution to this team success, completing all four races. 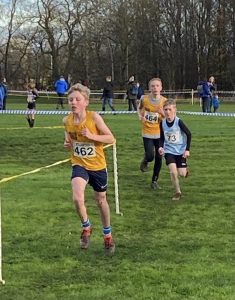 With Florence Jones the only registered Under 13 girl for Holmfirth Harriers, there was no chance of a team medal in this category. Florence ran well in the first two races of the series but was unable to run in the final two races so didn’t receive an overall individual placing.

There was also just one Holmfirth Harrier in the Under 15 boys race, with Jack Sunderland putting in a commendable performance to finish 11th on the day. This was Jack’s best performance of the series, which secured him an excellent individual 11th place overall in a very competitive field.

Emily Wood and Sophie Mayes both competed well in the Under 15 girls race, with Emily in 22nd and Sophie in 40th, but unfortunately with no third runner there was no team result. Well done to both girls on completing three races across the series, and particularly to Emily for saving her best result until last!

There were no Under 17 men running for the Harriers on the day, and although Joe Minchella, Rory Bryant and Joshua Carter had all competed in previous races in the series, none of them had enough individual results to get an overall series placing.

Annie McLean has been consistently outstanding in the Under 17 women’s category. Her 8th place finish in this final race, just behind teammate Isabel Richardson in 7th, couldn’t quite match her previous placings of 3rd, 4th and 5th so didn’t count towards her overall series result. However, these earlier results gave Annie an excellent 5th place finish overall. Neither Isabel nor our third registered runner in this category, Elena Inch, were able to complete enough races to get an overall individual or team result. 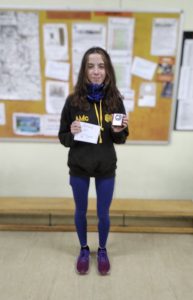 The senior representation was somewhat depleted in this final event and it was very disappointing for the women that they were unable to complete a team, meaning their almost certain silver team medals for the series were lost.  There were some very good overall results however, with Julia Jagger taking 5th overall and 3rd FV35, Claire Leaver-Hewitt 1st FV40 and Helen Haigh 1st FV45.  In the men Kevin Yewlett took gold in the V65 category and David Williams 2nd in V60.

In the race at Oulton, Helen, Claire and Helena Croft had a great battle and worked well together over the 5500m course.  After a fast start by both Claire and Helena, Helen Haigh worked through the muddy conditions to lead the trio, with them all finishing within 25 seconds of each other. Sadly Cara Bintcliffe, who had valiantly started the race with a bad calf just to help complete a team, was unable to finish.  A wise decision to retire though, rather than further aggravate the injury! 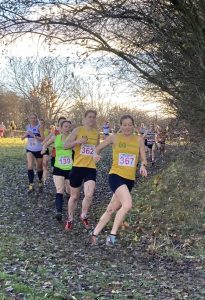 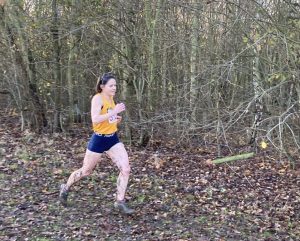 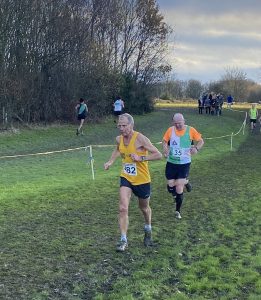 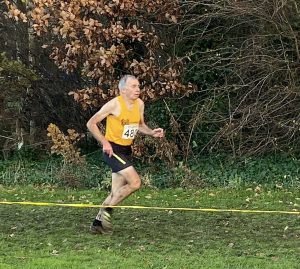 With the 2021 West Yorkshire cross country series now complete, thoughts turn towards the bigger Yorkshire, Northern and National cross country events starting early in the New Year. Many congratulations to all runners who have competed so far, and best of luck in the upcoming races.