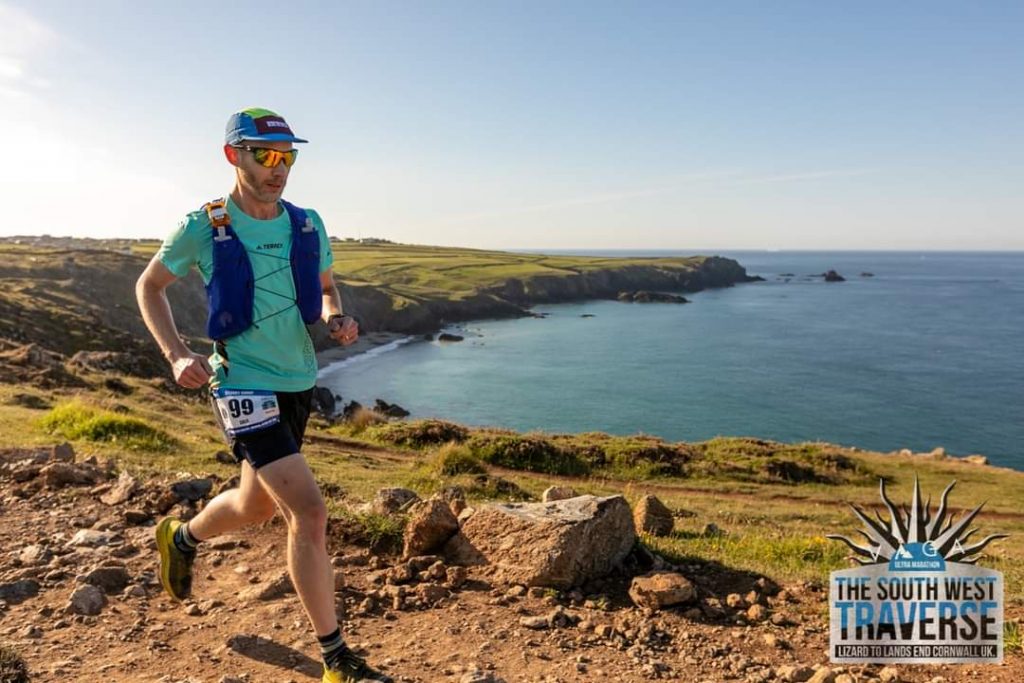 The long-established Endurance Life Classic Quarter ultra marathon, 44 miles from Lizard Point to Land’s End, is a race I’ve wanted to do for some time but hasn’t been logistically possible. So when MudCrew Events started to run their version of the race, the South West Traverse, last year on the first weekend of May half term, combined with my father-in-law now living in Cornwall, it was time to put my money where mouth is.

As this would be my first ultra and having not trained specifically for a race for some time, I gave myself a long build up starting in late 2021 building the base miles, then hitting a specific 16-week training block. Even so, race day soon came around.

An early start on the morning of the race, up at 3.30am to get myself ready, final check of my gear, then the 45 minute drive to Land’s End where a bus set off at 6am to drive us to the start line at The Lizard. The weather forecast had said for the day to be slightly overcast, which would have suited me, however there wasn’t a cloud to be seen. Looked like we were in for a warm day!

Setting off from The Lizard at 7.30am I soon managed to establish myself in the lead and the 10 miles to the first checkpoint at Gunwalloe was a nice mix of good runnable trail with a few short sharp descents and ascents into and out of beautiful coves. This terrain continued for the 5 miles to the next checkpoint at Porthleven. I was still feeling good, had a reasonable lead, so refilled my water bottles and set off again on the 15 mile stretch to the next checkpoint at Penzance. Even though these first 15 miles had been fairly early morning, the lack of any cloud cover and exposed nature of the course meant it was already warm, and this would prove to be one of the big challenges of the day.

This next section continued the theme of beautiful trails and stunning views until Marazion, the start of a 7 mile stretch of road running around Mount Bay. 5 miles into this road section I reached the third checkpoint in Penzance and with 30 miles in my legs and nearly 5 hours of unrelenting sun I was starting to feel it. I took a few minutes, got myself together, and set off for the final 15 miles, well known to be the toughest section of the race.

The road running continued through Newlyn and Mousehole, where you face a long climb out of the village and back on to the trails. Initially the trails are fairly runnable, and then you get to Lamorna. From here it becomes a mix of bouldering, scrambling, un-runnable descents and ascents, meaning you can’t get into any rhythm. The heat was also really starting to affect me, particularly my stomach, and from 35 miles to the final checkpoint at The Minack Theatre at 40 miles I was sick a few times, which drained my body of energy, fluids and electrolytes. I hit the last checkpoint not feeling great, but knowing I only had about 5 miles to go, and still had a reasonable lead, but also knowing my pre-race target of finishing in 7-7.5 hours had gone out of the window. At this point though I really didn’t care about the time, it was just about gritting it out to the finish.

This last 5 miles starts to become a bit more runnable, although at this point it was a mix of running and walking. When you round the corner at the Gwennap Head coastguard hut you get the first sight of the finish at Land’s End, looking almost close enough to touch. This is deceptive though as there are still a few descents and ascents to tackle so I tried to resist the temptation to look at it until I knew I’d got these behind me.

Approaching the finish line I was met by my wife and three daughters, and crossing the line with them made the 45 miles of suffering worthwhile.

I’d made it, and taken the win to boot. Although my finish time of 8 hours 14 minutes was about an hour slower than I’d wanted I wasn’t in anyway disappointed. So many variables you can’t control in races like this.

In conclusion, anybody wanting to run a challenging ultra, with unbelievable views, and incredible support from the race organisers and locals, really should consider this. 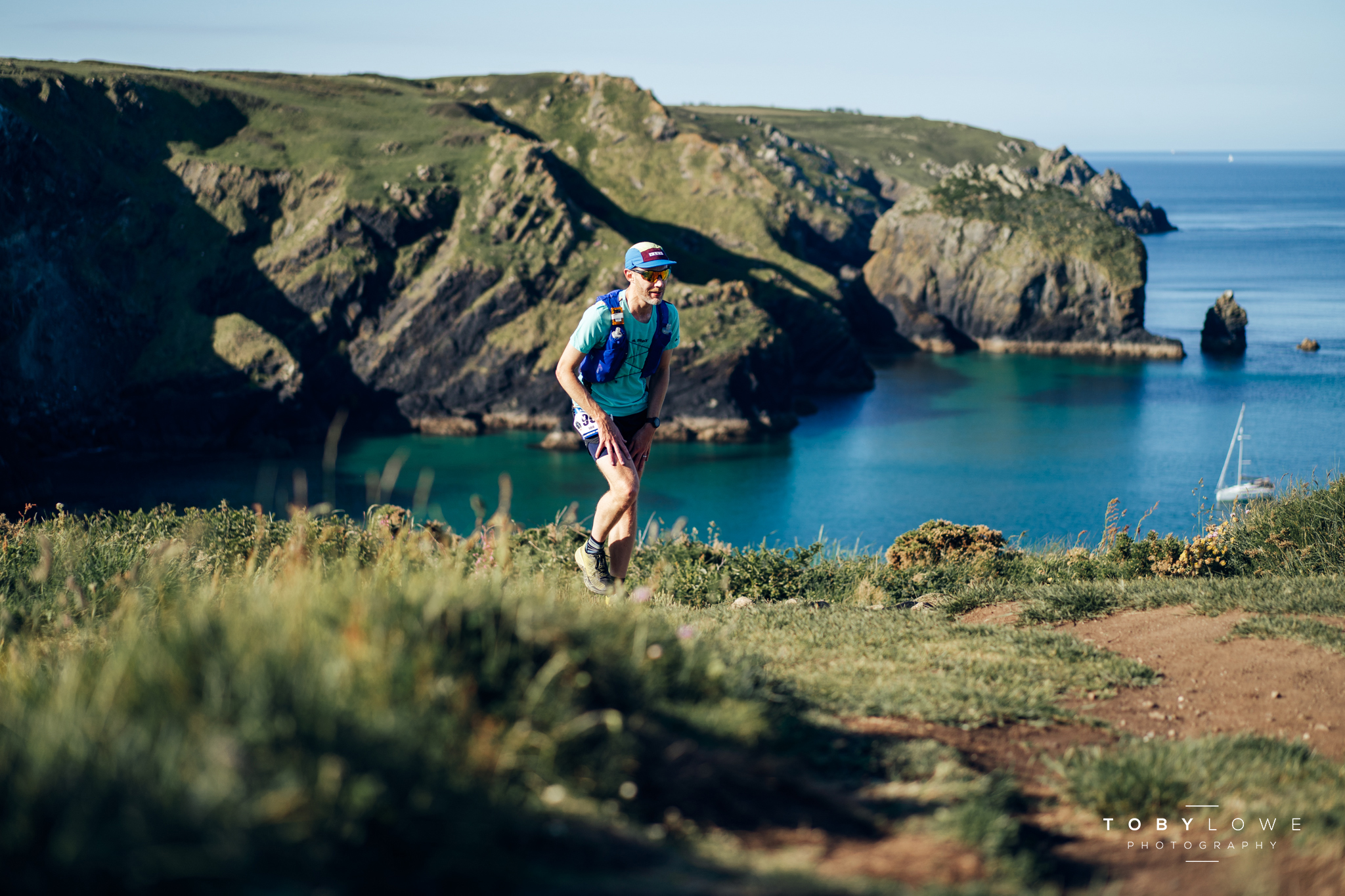 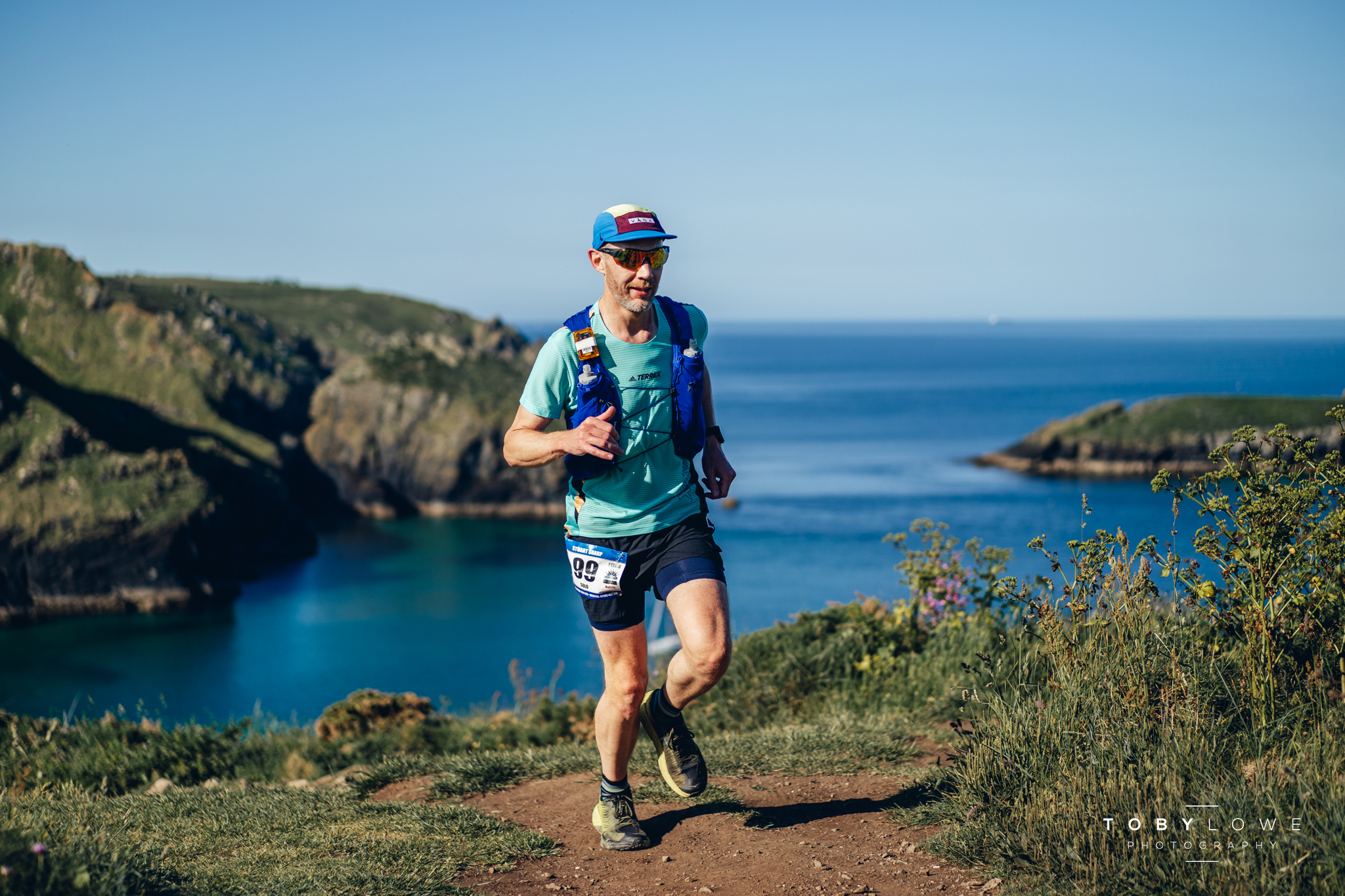 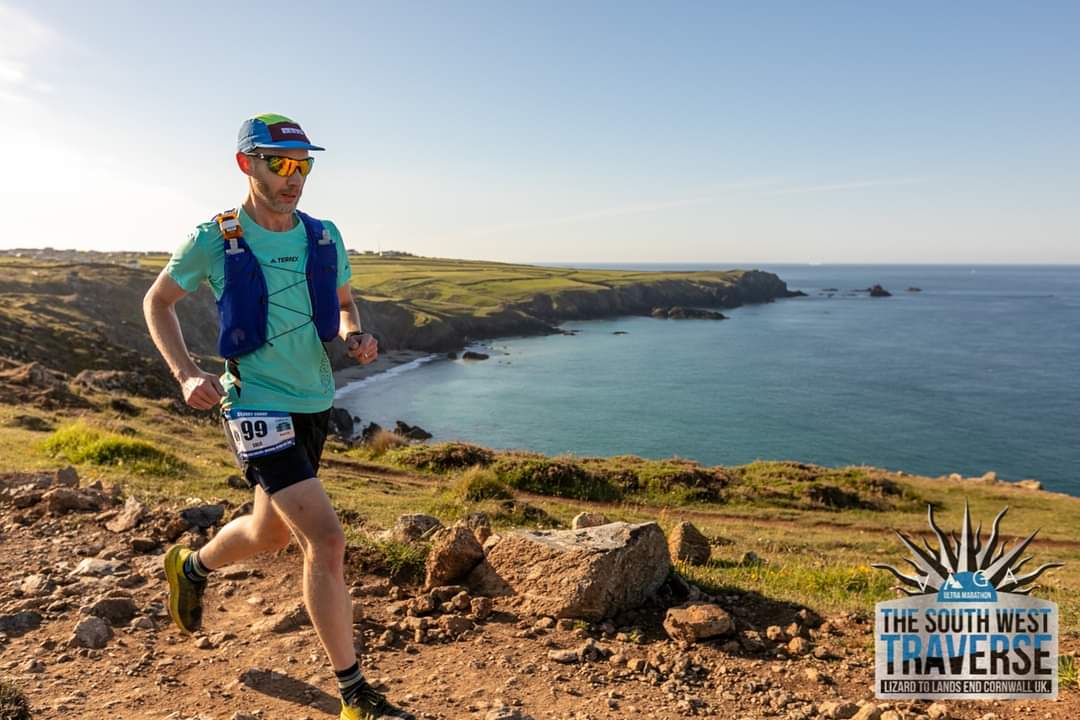 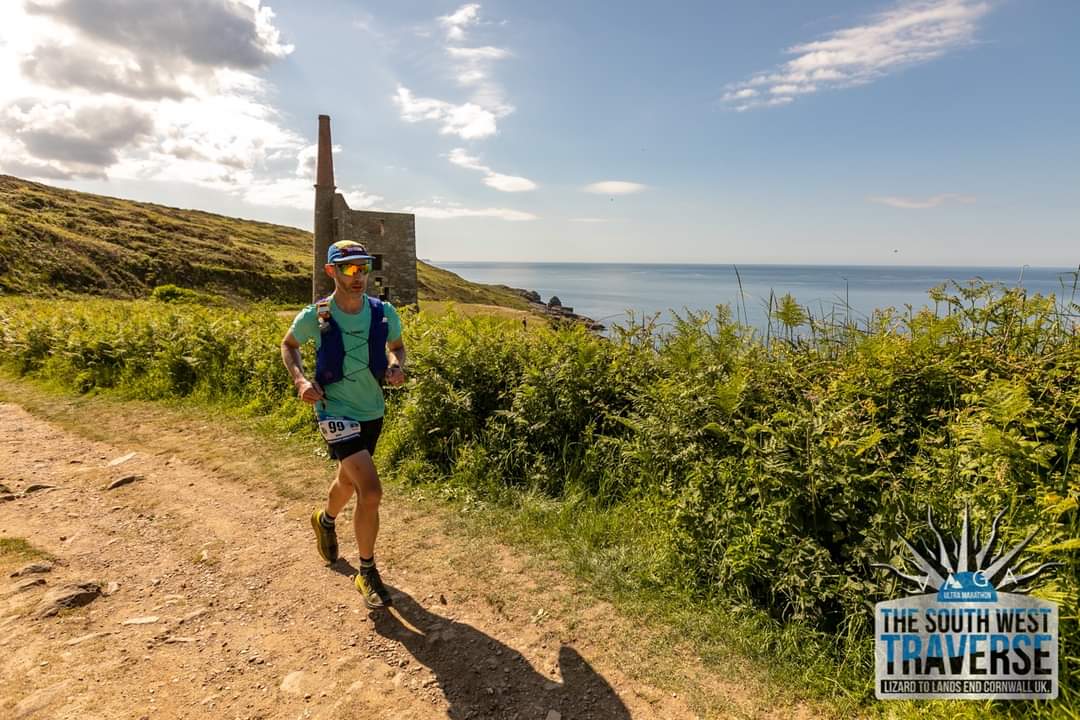 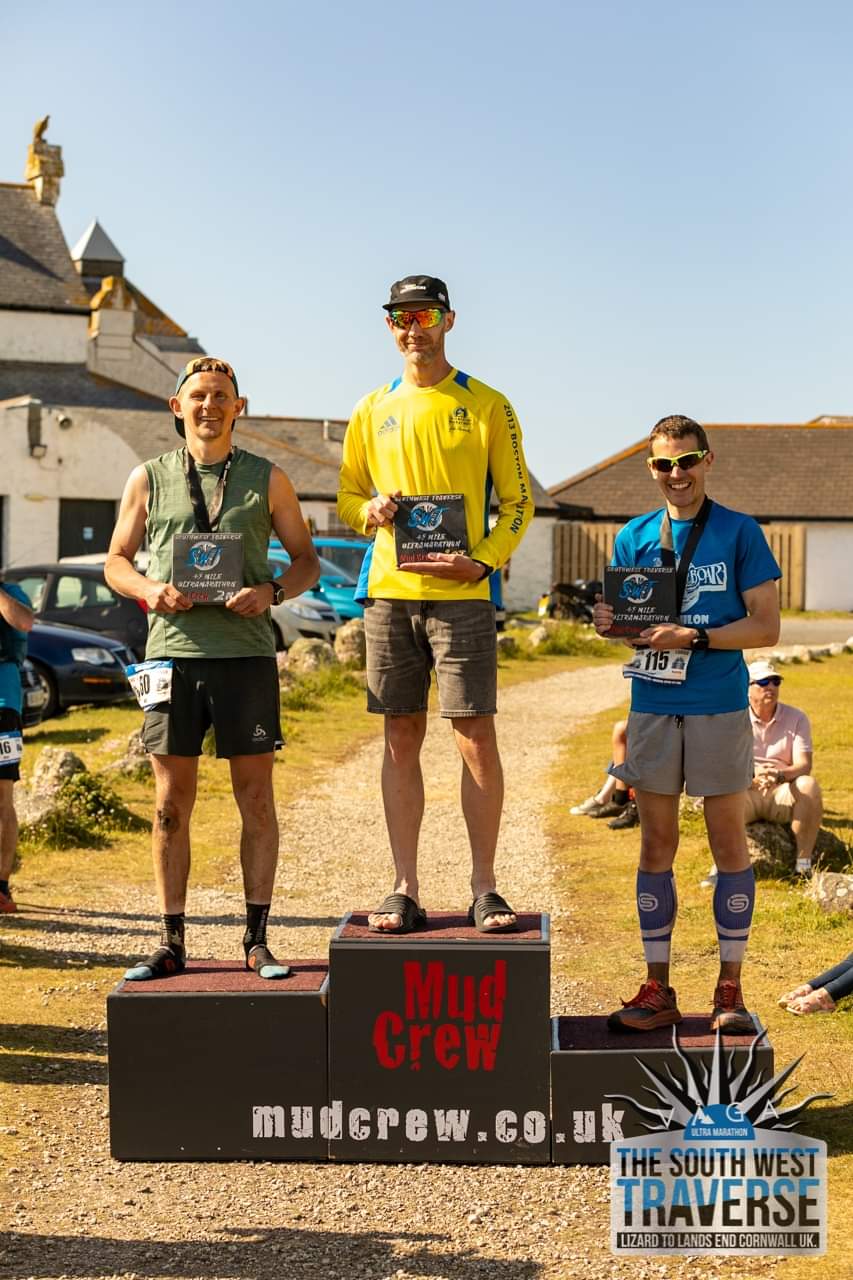 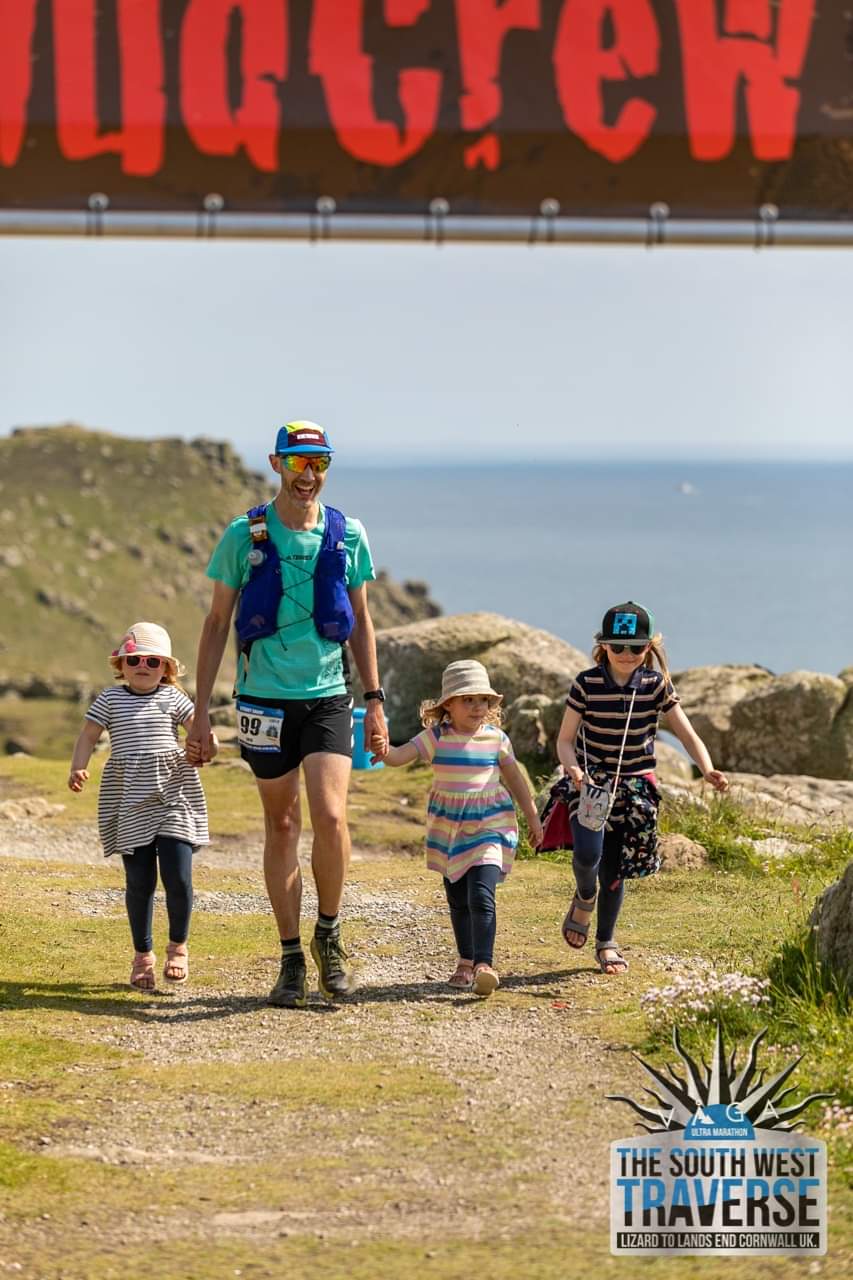