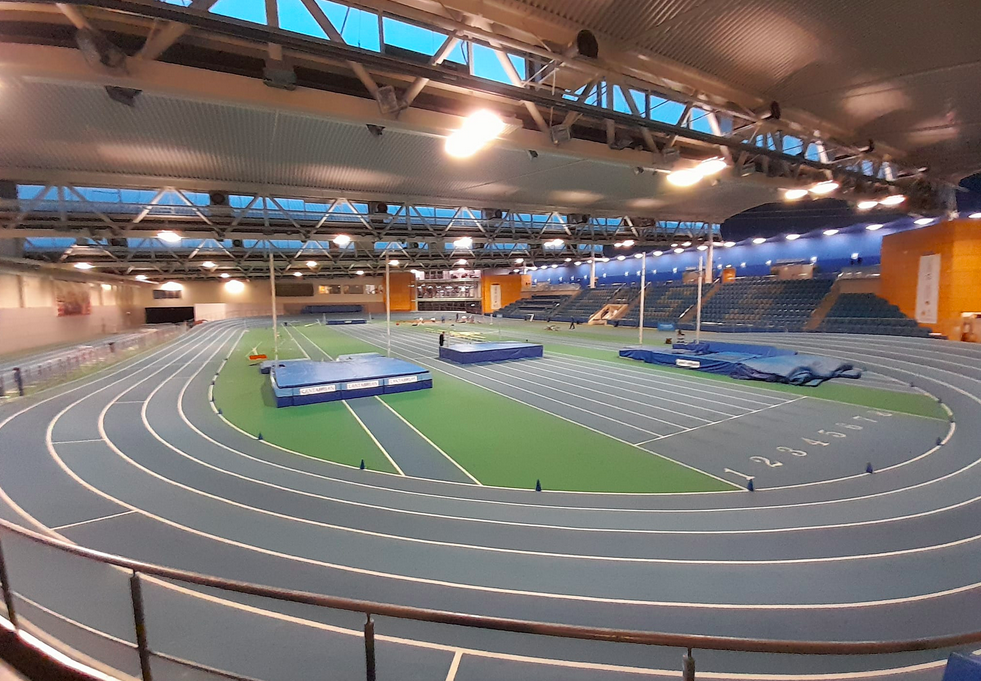 The pair stylishly grabbed gold in the Senior Men’s 800m and U20 Men’s 800m respectively amid tough competition.

Green, the 2021 U17 Northern Outdoor 800m champion with a 1:53.90 personal best, breezed through his heat, taking the initiative, controlling the race from the front and winning convincingly in 1:58.77. A just reward for his hard work and bravery.

In the Senior Men’s event, Chamberlain, a 1:51.78 800m athlete and two time-British Universities Championships (BUCS) finalist in the 800m and 4x400m last year representing Exeter University, eased himself into the competition by following a very slow first 400m before progressively winding up the pace in the final 300m. He won comfortably in 2:02.14, advancing to the final, showing that he knows what it takes to progress through championships astutely.

With the finals only two hours later, energy saved in the heats proved pivotal.

First up, the U20 Men’s final. The gun went and Green, visibly composed, stuck like glue to the persistent pace of Hartlepool AC’s Scott Temple, himself a finalist in the 800m at last year’s England U20 Indoor Championships. Green looked relaxed at the bell, bided his time and accelerated ruthlessly past Temple on the home straight to snatch his first indoor regional title in 1:55.97 with a gutsy and very mature performance.

Spurred on by his team-mate’s success, Chamberlain, too, kept a cool head in a tantalisingly tactical battle. Like Chamberlain’s heat, the Senior Men’s final set off at a leisurely pace with nobody wanting to force the issue early. 63 seconds through 400m. Slowly but surely, the 2022 U20 Northern Indoor 800m champion, Vale Royal’s Sam Stephens, started to put his foot down. Chamberlain, tucked behind in second, stuck with him stride for stride before putting in a blistering kick with 150m, opening up a decisive gap on Stephens – who finished third – and the in-form Matt Mustard of Sheffield University. Closing in a 26 second last 200m, Chamberlain took his first regional title in 1:59.55.

Both Green and Chamberlain’s displays were epitomised by their dominant, patient and efficient performances with a convincing cutting edge. The pair will keep working hard, hoping for bigger and better things in the summer.