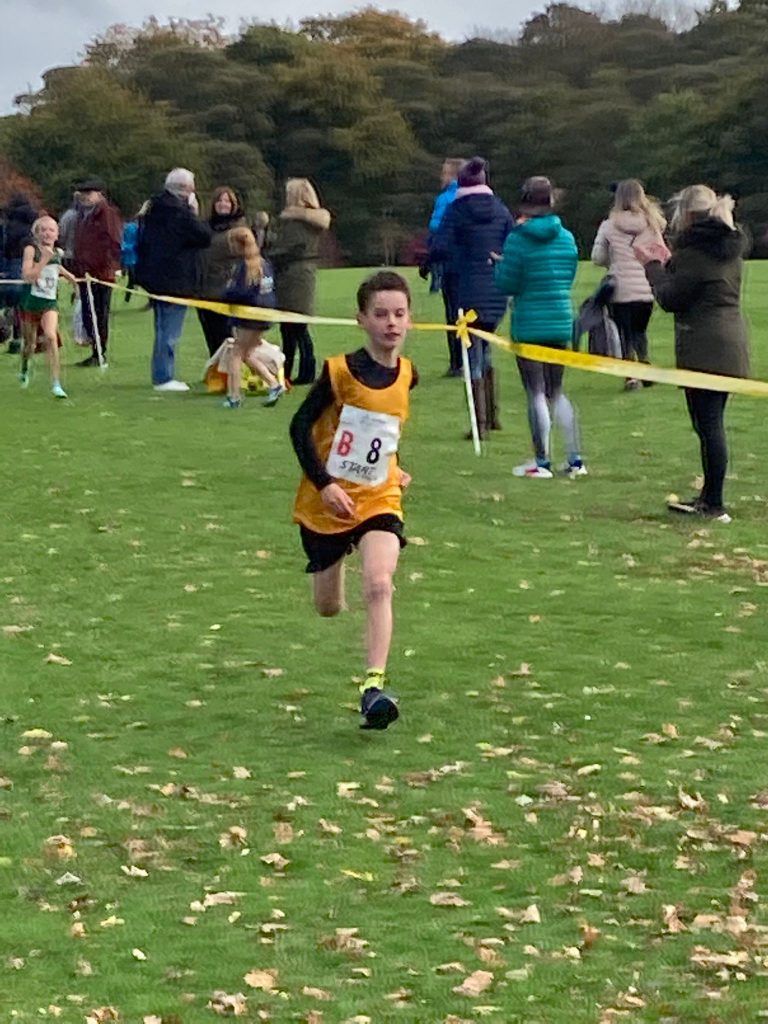 The cross country season continued last weekend with the Northern Athletics Cross Country relays at Graves Park in Sheffield, where Holmfirth Harriers fielded teams in both junior and senior events.

The men and women ran the same distance of 2 miles, over a very dry and fast and undulating 2-mile course.  The course was windy in parts, but a dry day made for a good spectator experience!

Katie Walshaw got the women’s ‘A’ team off to a great start in 4th place.  Holmfirth’s captain, Helen Haigh, took over on leg 2 and lost three places.  Ruby Sykes, returning from injury, picked up one place on the final leg to bring the team home in a credible 6th place.

The ‘B’ team was also very strong, beating many other ‘A’ teams, finishing in 10th place. Erica Byram came home in 12th on leg one, and was well supported by Claire Leaver-Hewitt who picked up two places to 10th, maintained by Zoe Storr, demonstrating her racing fitness on the final leg.

The women’s race was won by Sale Harriers, with their Olympic medal winning triathlete Georgia Taylor-Brown running the fastest time of the day in 10:58.  43 complete teams finished.

In the Senior Men’s race Holmfirth had just one team out, and it was great to see Archie Hall in his first race as a senior, having travelled back from Exeter University to compete. Kai Sunman led out on the first leg, returning in an impressive 14th (10:53) to hand over to Archie, who ran a good time of 12:00 minutes in 23rd place.  In his first cross country race, Michael Sanderson ran leg three, dropping just 5 places to 28th, and clocking exactly the same time as Phil Hewitt on the final leg (12:45).  The team finished in 27th place.

The men’s race was won by local club Hallamshire, with Angus Mcmillan of City of York clocking the fastest time in 9:50.  57 complete teams finished.

The Harriers will be out again this Saturday (30th) in the second West Yorkshire Cross Country League race at Nunroyd Park,

A total of 17 junior athletes represented Holmfirth Harriers at the event. First up to show the younger ones how the holding pens and changeovers work were the Under 17s. Isabel Richardson set a marker finishing her leg in 5th place (with the 7th fastest U17 women’s time on the day), before handing over to Elena Inch. Elena also had an excellent run to maintain the team’s 5th place, but unfortunately with no third team member their race ended there. Joe Minchella was the club’s only representative in the U17 men’s race and competed well in a fast leg to cross the line in 13th place.

The Under 11 events saw our largest number of Holmfirth Harriers, with a total of 10 runners, all competing here for the first time. The complete U11 girls team of Betsie Mays, Lilymae Hamilton and Bethan Morris did really well to come in 14th overall, with the incomplete team of Annabel Mcfarlane and Saskia Wright doing even better. Both finished their legs in an excellent 7th place, with Annabel recording the 15th fastest U11 girls time overall.

The U11 boys, Henry McFarlane, Bobby Morris and Alex Haigh, gave the Harriers their best junior team result of the day, with a very impressive 7th place finish. The incomplete team of Isaac Morris and Ewan Plumb ran well but were a little further behind, with Isaac finishing his leg in 17th place and Ewan gaining four places.

Florence Jones was the only Under 13 girl racing for the Harriers, and she showed real character to go out with no team mates for support. The U13 boys had just two Holmfirth runners, with Alex Burke giving one of the stand-out performances of the day to cross the line in 5th place, and George Smith backing him up well with a strong second leg to finish in 6th.

The final club representative in the junior races was Sophie Mays, who ran well in the Under 15 girls race to finish off an enjoyable day in Sheffield. 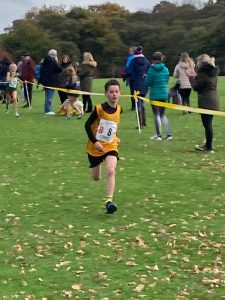 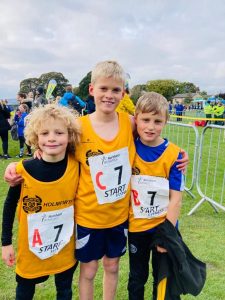 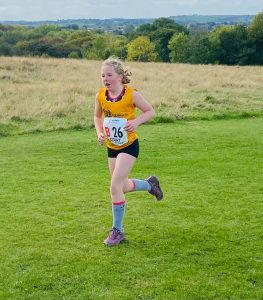